White People and Their Overuse of Black Sayings

I love my white friends but I hate when they re-purpose, overuse and or take the credit for Black sayings…

I was out to dinner last night with a very good girlfriend of mine who is white. She was in town visiting from LA and we hadn’t seen each other in quite sometime. We were having a blast catching up when all of a sudden in the middle of our conversation she randomly responds to something I said with, “Bitch please!” and then starts guffawing at her self before continuing “Ohmigod I love that saying, it’s my new thing. I use it all the time but I can’t take the credit I stole it from Mark.”

Now I know Mark and Mark is white. So I say to her, “It’s all good Mark stole the saying too.”

“From who?” She asks

Mark is notorious for making his less exposed white friends believe that he is just that original and cool. He’s a big time Hollywood producer who spends a lot of time with Black celebrities and their “entourages” where he picks up a thing or ten and then goes back to his white friends to flaunt his evolving culture. Mark annoys me for more reasons than one.

My girlfriend genuinely seemed surprised that “Bitch please” was not a Mark original which was so odd to me being that this saying predates me. I wondered if it would be weird to ask her to please not wear out the saying. I really cannot take another phenomenon where every white woman (and even some men) where running around saying “No you di in’t” with the mimicking Black girl head role and the two snaps in the “s” shape. And don’t let me see that D-list comedian Kathy Griffin 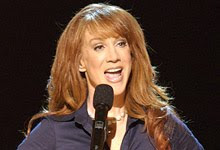 I’m already waiting to karate chop her ass for naming her tour “She’ll Cut a Bitch.” B*TCH PLEASE…I wish she would.