"Without a BMW, I’m Just a Negro With an Opinion"

That’s right I said it, “Without a BMW, I’m just a Negro with an opinion.” That’s what my NAACP, MBA, PHD, Fulbright scholar, friend told me the other day. I almost spit out my peppermint tea. I wasn’t sure if he was being comical or not; even though his sentiment nearly made me inhale my drink through my nose, the sincerity in which he said it really got me thinking…

How ironic is it that a scholar has the same aspirations as a drug dealer/rapper.

My scholarly friend had just purchased himself a new 7series Black BMW. He called to see if I was home before driving to my crib to show off his new ride. Daaaaaaaaaaaaaaaaaamn, that joint is fly! Massage seats, mirrors that fold in and rotate up at a ninety-degree angle, and an automated notepad that can record messages, thoughts, and pontifications while you are driving. Automatic windshield wipers that can sense weather conditions, regardless of rain, hail, sleet or snow. Here my friend was, someone who had spent years dedicating himself to higher learning, who in this moment was feeling himself like the drug dealer, Caine, from Menace to Society driving around in his new ride. I loved it. Where was the context in media for this kind of Black man?

I laughed when he told me about how his BMW had changed his life. Valet's, at restaurants now call him “sir”, women are checking out to see who he is, and business men confront him just to give respect. A meter maid asked what he had to do to get "a ride like that" before allowing him to park in a red zone. My friend coolly responded, “I’m a professor.”

Before the BMW,his family for years wondered why someone with all of his degrees, who they occasionally saw on TV, (not realizing that just because you’re on TV doesn’t mean you’re rich), was driving a hoopty. He was cleaning up his credit and responsibly putting his money aside for his house before indulging in materialistic desires. However, they couldn’t see that. Especially not his sixteen year old nephew who he had been trying to help stay out of trouble. He told me about the time his nephew was sent to stay with him and how he tried to talk to him about the rewards of owning a house, but the kid took one look at his hoopty and couldn’t hear a word. A house has abstract value, especially after the great crash, and especially to a sixteen year old. It wasn’t until his nephew saw his BMW did he emulate the cinematic emotion of that popular movie line, “Now you got the juice.”

What it boils down to is the American dream is the same inside the 'hood as it is out, and he had lived in both environments long enough to confirm this. His lectures suddenly hold more weight with both students and colleagues continuing to give him "the juice." Like he said, Before the BMW he was just a Negro with an opinion. 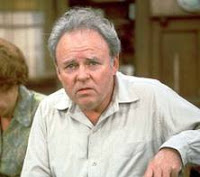 Last night, a childhood friend stopped by, he was passing through Atlanta on his way to Santa Fe, New Mexico to purchase new artwork for his collection. Here we are a couple of brothers catching up on politics, social injustices and ways to solve the problems of our communities.

We decided to grab a couple of beers at a spot down the street. The place was crowded, but I saw this white guy get up and begin to move away from the table or shall I say stumble away. I asked if he was finished and he turns to me and says, “I’m done when I say I’m done boy.”

In that very moment it didn’t matter that I was a PH.D, Fulbright Scholar, tenure professor who has written three books with a new release on the way. I was a man who had just been disrespected and was ready to rumble. I knew how Skip Gates felt when that cop was on his property; all the bullsh*t that’s been swallowed to get to where I am and I’m still chewing.

This white man had no idea that where I grew up people were shot and killed for reasons not nearly as valid as this. My boy stepped in reminding me that I had a 9AM class to teach. For an Urban Chameleon in this kind of situation you always have to ask your self is it worth kicking his ass.

Posted by Tickles.Tv at 8:24 AM No comments: