FCF: Donald Trump’s Celebrity Apprentice has proven to be delicious reality TV as ratings have soured through the roof. However, there was a bone in my meal that nearly ruined it. The Celebrity Apprentice episode with Real Housewives of Atlanta’s Nene Leaks taking it to the street on Ms. Star Jones was a most disgraceful moment, not only as a Black woman but also as the Urban Chameleon news reporter. Nene is clearly not an Urban Chameleon, for no person of color who is an Urban Chameleon would behave this way in front of millions of white people watching. Nene was however trying to get Ms. Star Jones to Chameleon. Many people outside the race have often confused anger, attitude, neck rolling and adding extra syllables in curse words with being Black. Star Jones attempted to point out the difference that there are still some of us who can speak in complete sentences even when we are very angry.

The plight of people of color to be viewed as equals is not over. As we can see, not only do immigrants have to carry around papers but so do Black Americans. If anybody needs to be taking it to the street and almost pulling out somebody's hairpiece, it’s President Obama. I know one thing’s for sure, it’s f*cked up. I’m Funnel Cake Flowers your Urban Chameleon news reporter from Tickles.TV

When keeping it real goes so wrong, but right for Donald Trump 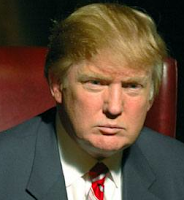 Years ago in college, I was cast in a school play. I had one line, “You muthafucka!” It was the quintessential, Black girl neck rolling and Sam Jackson-esq, urban tone in which I delivered the line each night that made the audience guffaw on cue. Even though I am a Black girl, I don't think the audience realized that I was playing a character.

It wasn’t until the following year, when I took a sociolinguistics class that I began to understand that my director at the time, who was white, had orchestrated my role in his play the way that Hollywood has always utilized ethnic characters, as comic relief. My, sociolinguistics teacher who was also white, had pointed this out to the class using countless examples, which I’ve continued to note to this day; including the Caribbean crab in THE LITTLE MERMAID, the cat and donkey in SHREK and so on.

Reality TV’s formula is an orchestrated trap for the poor and uneducated. Regardless of race, there is an appointed “crazy person.” However, when that crazy person is Black, let alone a Black woman, the community takes extra notice and cringes.

This past Sunday, I sat in awe as I watched Nene Leaks from The Real Housewives of Atlanta be allowed to berate Star Jones on The Celebrity Apprentice. Nene Leaks’ display of poor behavior was both sad and painful for a number of reasons. Ignoring race for a minute, we were watching a human being incapable of rationally communicating with another human being. Telling another grown woman (or anyone for that matter) to “Shut the f*ck up” is just hateful and hurtful. From a cultural standpoint, these were more than too familiar fighting words. However, Star Jones held it together and utilized her side commentary to the camera in an attempt to distinguish for America the difference between how an “educated Black woman handles stress” from one that aint.

An “educated” person doesn’t have to be someone who’s achieved a certain level of traditional schooling, or any schooling for that matter, but rather someone who realizes that the world is bigger than their block. In Nene’s case, you can take a girl off the block but you clearly cannot take the block out of the girl.

As Nene was telling Star Jones off, I couldn’t help but notice the Gucci scarf that was draped around her neck. In fact, I wouldn’t be surprised if the cost of her entire outfit was north of $2,000. It’s interesting that Nene’s “keep it real/block” attitude had bought her access into a world she clearly was not prepared to handle. Class is often mistaken for designer labels and rubbing elbows with the elite and it’s what most people strive for. However, as along as media continues to exploit that “crazy person” that looks like you (a minority), even if you are educated, you’ll always be viewed as a second class citizen…who better be carrying their birth papers. Right Mr. Trump?

Have your Urban Chameleon story featured by e-mailing tickles@tickles.tv

Click here for: How the Urban Chameleon came to be

Posted by Tickles.Tv at 9:49 AM No comments: