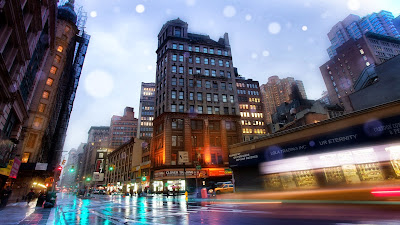 How the Urban Chameleon Came to be
Posted by Tickles.Tv at 2:07 PM 1 comment:

BOOM – Just like that Zimmerman Trades Places With Trayvon 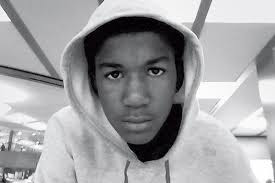 
For the rest of your life you are now going to feel what it’s like to be a black man in America.

You will feel people stare at you. Judging you for what you think are unfair reasons.

You will lose out on getting jobs for something you feel is outside of your control.

You will believe yourself to be an upstanding citizen and wonder why people choose to not see that.

People will cross the street when they see you coming.

They will call you hurtful names. It will drive you so insane some days that you'll want to scream at the top of your lungs.

But you will have to wake up the next day, put on firm look and push through life.

I bet you never thought that by taking the life of a young Black man that you would end up inheriting his.

A Black male who could've been Trayvon
Posted by Tickles.Tv at 8:08 AM 1 comment:

This past March I was invited to speak on the Blacks in Technology (BiT) panel at South by South West (SXSW), Elevate the Game: Maverick Women Recode the Future, along with Pamela Jennings, CEO of Noble Wire, Sabrina Harvey, CEO of Art of Genius Tech Education & Women Interactive, and Nicole Valentine, President of Synergy Business Development and Ayoka Chenzira, filmmaker and interactive digital media artist as well as my co-creator and director of HERadventure an interactive, sci-fi movie. Ayoka and I developed HERadventure, which also debuted at SXSW.

On the first day of the festival that takes place every year in Austin, Texas, we ran into social media guru Michael Street and urban socialista Mary Pryor at Whole Foods. I guess a gathering of people of color was unusual here for minutes into our conversation an older white woman came up to us super excited expressing that she had never seen anything like “this” before. She admired Mary’s Afri-centric head wrap and complimented how beautiful everyone was while continue to stare in awe at the brown people before her. She then returned to finish drinking wine with her male friend who was about 20ft away. Even after returning to her table she kept staring at us. This woman’s perspective seemed to be a reflection of our presence at SXSW. Out of thousands of attendees you could probably count the number of people of color on one hand and have fingers left over. Ayo and I were apart of a smaller number of people of color who were presenting a project. One could argue a number of reasons as to why that was but it certainly isn’t because people of color aren’t innovative.

During out BiT Panel, meaningful conversations came about as it related to the importance of women and people of color advancing in the field of technology, specifically gaming and coding. However if the funding and information is only being distributed to largely one group of people then the experiences developed from new technologies will not reflect diversity of ideas and perspectives. Remember the YouTube video of the Black guy pointing out that the HP face recognition technology didn’t seem to recognize his blackness?

This is why initiatives like Black Girls Code founded by Kimberly Bryant are so crucial.

BiT has taken a tremendous step in the right direction with creating panels and programming to provide information from people of color in technology and entertainment that's innovative at SXSW. We can only hope that initiatives alike will continue to be embraced, supported and expand into an integrated experience for everyone (including white people).

A friend of mine said to me that the Internet does not see race, it just calculates information according to zeroes and ones. I would argue that NOT seeing race is a problem. Or, being so in shock like the woman at Whole Foods because you’re not used to seeing a group of people of a different race is a problem.

Being a part of a woman and gaming panel and presenting HERadventure our interactive, sci-fi movie starring a reluctant, female, alien, superhero who also happens to be a woman of color allowed us to continue pushing (or rather opening up) the envelope to empower those who seem to have gotten lost in the zero and ones. To find more about HERadventure visit the website www.heradventure.com 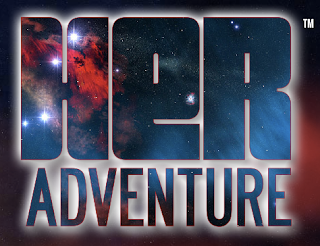 Have your story or opinion featured by e-mailing tickles.tv@gmail.com

How the Urban Chameleon Came to be

Posted by Tickles.Tv at 4:15 PM No comments:

By Jelani Cobb from The New Yorker

In early 2010, not long after the release of Quentin Tarantino’s Second World War revenge epic, “Inglourious Basterds,” I began teaching a course on American history at Moscow State University. When a Russian friend asked me what I thought of the film I told him I loved the way the director created an alternate history in order to make a larger point about the universal nature of heroism. My friend and, as I later learned, lots of other Russians took issue with the film for precisely that reason. “Is this,” he asked, “how Americans really perceive World War II?” In Russia, where the annual May 9th celebrations of the German surrender dwarf those of the Fourth of July in this country, the sacrifices that were crucial to defeating Hitler are a point of huge national pride. The history department at the university features a marble monument to hundreds of university students who died defending the country. Because many Russians feel that the world—and particularly the United States—has never properly recognized the scale of their losses, they tend to see “Inglourious Basterds” not as a revenge fantasy but as an attempt to further whitewash their role in Hitler’s demise. The alternate history in “Inglourious Basterds” failed there because the actual history had yet to be reconciled. The movie’s lines between fantasy and the actual myopic perspectives on history were so hazy that the audience wasn’t asked to suspend disbelief, they were asked to suspend conscience. With “Django Unchained,” Tarantino’s tale of vengeful ex-slave, what happened in Russia is happening here.

The theme of revenge permeates Tarantino’s work. If the violence in his films seems gratuitous, it’s also deployed as a kind of spiritual redemption. And if this dynamic is applicable anywhere in American history, it’s on a slave plantation. Frederick Douglass, in his slave narrative, traced his freedom not to the moment when he escaped to the north but the moment in which he first struck an overseer who attempted to whip him. Quentin Tarantino is the only filmmaker who could pack theatres with multiracial audiences eager to see a black hero murder a dizzying array of white slaveholders and overseers. (And, in all fairness, it’s not likely that a black director would’ve gotten a budget to even attempt such a thing.)

Have your story/ opinion featured on HOTUC by e-mailing tickles.tv@gmail.com

How the Urban Chameleon Came to be
Posted by Tickles.Tv at 7:19 AM No comments: