Wait, House of Payne and Meet the Browns Are Two Different Shows?

The same way there is a Food and Drug Administration there just has to be some kind of Coonery of the Black People Admin out here. Don’t you know it wasn’t until watching the tele last night (this coonery attack has me talking British) that I saw a commercial announcing that Tyler Perry’s Meet the Browns and House of Payne will be running back to back on TBS when it dawned on me that these are actually two DIFFERENT shows!?

How much coonery can we take! And can somebody please explain what the difference is between these two shows? 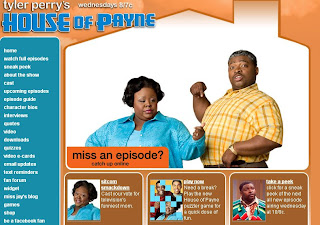 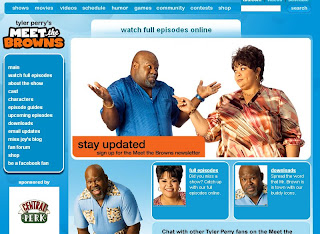 The Ninjas are winning yall. (that's our replacement for the "N" word) Black people we must stop them! What do we have to do out this piece? Stuff like this makes me want to boycott chicken, take a pilgrimage to Mecca and pray eighty times a day. I’m so flustered.

Can anybody suggest how to stop this madness?

Click here for: How the Urban Chameleon Came To Be

When Another Spanish Person Tries to Play You

The other day I went to pick up my headshots and when I approached the counter the woman asked me for my last name, which I replied “Rojas” in my American accent of nineteen years. The woman then turned to another woman in the back and asked her to go downstairs and get the headshots. The second woman turned to me and in an extra thick Spanish accent and broken English asked for me to repeat my name, which I again replied "Rojas" in the same American accent. Assuming I was Latino, home chick begins to go off on me about how I’m pronouncing MY name.

Mind you I’m Peruvian and only speak Spanish with my family or those who I know speak Spanish but have been in this country long enough where I pronounce my name Rojas with an American accent especially when talking to an American which is what the first lady who I originally gave my name to appeared to be. Further more the goal here was for me to just get my damn headshot not to “Represent.” Did I really need the lady looking up my name struggling trying to figure out how to spell the rolling “R” and the non existing “H” in my name?

However none of that matters because home chick at this point has her finger in my face continuing to tell me off in her broken English no less how I need to always pronounce my name in Spanish which I then flip it and begin to curse her ass out in flawless Spanish. Don’t you know home girl then has the nerve to switch in to French?! I’m like I’ve had enough and call her American boss to explain to him the utter disrespect I just received from this crazy ass chick in two and half different languages. In the end, I was able to receive compensation for the hassle. Probably because I was able to articulate myself in my perfect English that her boss also spoke leaving her ass to figure out how I was conjugating those verbs.

Click here for: How The Urban Chameleon Came To Be
Posted by Tickles.Tv at 8:02 AM No comments: 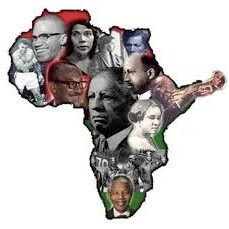 I was recently engaged in an online discussion posted on The Black Snob regarding the hostility between Africans and African Americans, “Why Can't We be Friends?” The Snob mentioned that conversation came out of last week’s annual Harvard Kennedy School Black Policy conference that took place in DC that she opened up for larger discussion on her website. The stereotypes if you’re not familiar are that African/ Caribbean people believe African Americans to be uneducated and lazy having no concept of the world outside the US borders and African Americans view Africans as aggressive, pushy and living in jungles (uuuhhhm ok). I find this debate fascinating and absolutely ridiculous at the same time but more than anything sad because it only reveals that we have so much more work ahead of us. One commentator wrote:

Black folk are the TRUEST Americans..

because we have fought FOR this country. I just don't mean in every military conflict from the Revolutionary War on..

I mean, at the root of progression in this country, over the course of centuries - to live up to its actual creed, is a pile of Black bodies.

And, after Black folk did all the heavy lifting, here comes everyone else, to get the benefits, including Black immigrants that have the audacity to look down on American Black folk.

Hmmmm, now where does this commentator think the Black bodies came from? This is why folks like this be killing me- loud and wrong. We will be the first to bring up some “We shall overcome” and quick to remind white people of their historical discrimination against us but won’t call each out when we do it to each other. Having all shared a common thread of our enslaved ancestors you would think we would be more unified but that’s the irony of slavery- we are so broken from each other and riddled with self hate. You know what they say when you say something hateful about someone else it usually means you hate yourself- and too many hateful comments in our community exists whether it’s about wearing natural hair, someone’s big lips, round nose and or skin tone.

On a different note I sometimes wonder if people of color are even meant to be unified. Thembi from What Would Thembi Do? made a great comment on the blog that it's assumed we all fall within one category because we are of color. However as a result of our ancestry being broken up, languages lost, culture forgotten and spirituality tested and depending on where we landed we’ve had to put our selves back together as individuals and therefore have too many conflicting ideas of how we should exist as a race. It’s just too bad that we still have too many of our own plagued with the “self hate” syndrome to handle these differences progressively. Let’s just face it as Chris Rock says the war on Black folks and Niggas continue.We probably just have a few more generations before the ign’nt are gone and the progressive can thrive …and then who know maybe no more Tyler Perry, Madea movies! (Okay that last part was extra but valid)

What do you think about this war on our selves? Please share some hope.

YOU TOUCHED MY CHILD! 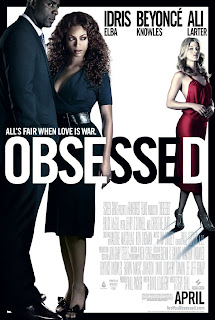 Oh Beyonce, “No, no no no no when it’s really no, no, no, no, noooo.” I’m not so sure that the destiny of this particular child is in any movie that doesn’t involve a doe, ray, me vocal warm up and 5,6,7,8. My friends I went this past weekend to see the movie Obsessed starring Idris Elba and Beyonce, which she also executive produced. We wanted to support Black folks…let me stop lying that had absolutely nothing to do with why we insisted on seeing this particular film. I was personally intrigued that Hollywood actually released a film that had a white woman stalking a coco color Black man and of course we were all curious to see how Sasha Fierce would beat this home wreckers’ ass. We were all looking to be entertained in that good bad movie kind of way. But this was just bad bad. The test of any real film is if you can take any event out of the story and the story still makes sense your story is flawed and boy was this one flawed ass story. There was nothing driving this movie except overcompensating music. On top of it all the fight scene was also so damn disappointing. What would have been a much better twist with this “diverse” thriller is if Sasha Fierce would have actually fought like a Black girl, I mean there was not one single Black girl windmill slap?! 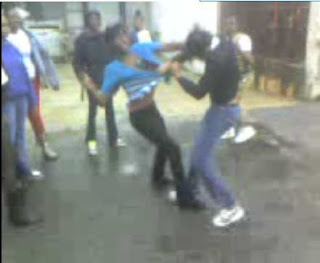 However, I’m sure the studio is more than happy with their opening weekend box office of $28.5 so god only knows how many more renditions of “Obsessed” are to come. See what you did Obama? Oh the irony of liberalism. I’m just kidding the irony of the film is probably the only thing I did like. I will say if you do go see this film regardless of your color I insist that you to go to a theatre where Black folks will be because noooooooo one yells back at the screen with better commentary.

Wait for it, wait for it….”YOU TOUCHED MY CHILD!” Haha Yes! But no.

What did yall think?

Click here for: How The Urban Chameleon Came To Be
Posted by Tickles.Tv at 9:52 AM 2 comments:

I would just like to take this opportunity to showcase the multifaceted talents of people of color. I mean how many people let alone people of color do you know just bring it wit some double Ventriloquism? Peep home-girl though...

Posted by Tickles.Tv at 7:32 AM No comments: