Deaf vs. Black on the Amazing Race

If you haven’t been following the Amazing Race this season you might have to “Get In.” The show’s premise consists of teams of two traveling around the world accomplishing a variety of challenging tasks and the last team to check in may be eliminated.

We’re down to the final four contestants that include a Chinese brother and sister team, these annoying white female cheerleaders who talk to everyone disrespectfully, these two Black sisters and a white mom and her son who is deaf. Now last night the deaf son and one of the Black sisters got into a fight. HILARIOUS only because talk about something you usually don’t see on television. Basically they both went for the clue box at the same time and the deaf guy damn near elbowed the one sister in the face, which the sister then tooted “Bitch.” He had already turned away and of course did not hear this and it wasn’t until he and his mom were driving off to the next location did the mom communicate what the sister had said. The son got very upset and signed, “That she’s lucky he did not hear her for he would have gone at her.” He then signed, “How are you going to call a deaf guy a bitch?”

Ok see this is where I have a problem, you can’t be elbowing somebody in the face and then label their reaction as abusive behavior towards the disabled. What brought this moment to an even more ridiculous climax is at the end when all teams arrived within seconds of each other at the check in point where the host of the show greets you that the mom and her son and the sisters get into again. 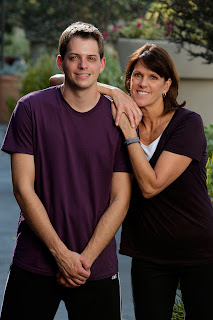 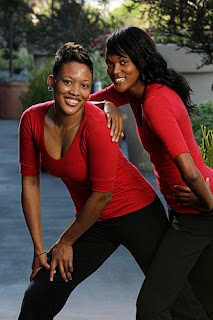 The mom BROKE on the sisters accusing them of laughing at her son because they had a smile on their face when the son was trying to communicate, and that they of all people should understand because they’re Black. ANOTHER comical moment. Let me first off clarify that in no way shape or form is the son being deaf comical- it’s the illogical emotion around it, which has me going. The sisters had to clarify that they were not laughing at the deaf son they just tend to smile in tense situations, which is true. Black women do tend to smile in situations of conflict to show that they are not fazed. I in fact remember my mother popping me in mouth for smirking as she was scolding me about something when I was young but of course this white mom who I’m going to assume has never popped her deaf son in the mouth for a similar reason would not understand however she expects these sisters to compare the plight of the Black with the plight of the deaf. Sorry lady two different plights and for argument sake let's not compare the plights here.