Blame It On The AAAAAAAlcohole…

Why is it always deepness to get into the club?! Why do we so value and honor THE CLUB? And on a random note, why are Black people always mentally at the club? Take this man below for instance. 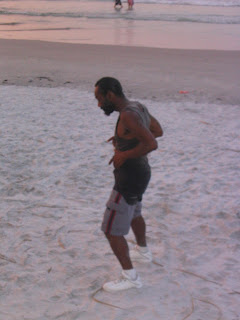 He’s at the club. I know in my thirty years on this planet I have never had that much of a mind blowing experience at the club that warrants my effort to continue to fight to get in and then fight to get a drink. In fact I probably have had more experiences where I’ve usually loss some bit of a dignity at the club.

Last night my cousin invited me out…to the club. Being that he knows just about every promoter in NYC he definitely doesn’t do lines so going out with him usually entails waiting by the door until his “boy” or “girl” comes out to get him but even that process can be deep. Like last night for instance, he almost got into a fight with another dude who was waiting by the door, I guess for his “boy” or “girl” to let him in. Ego crushed when he was asked to step aside so that my cousin and I could pass. This dude had to prevail and say something to my cousin, “Yo, you better not step on my kicks fam.” Of course this was a Black man, I mean what other culture gets that emotional about their sneakers. 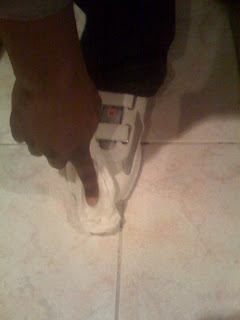 My cousin had to try and restrain himself because business suit and all he has gotten into it with dudes before and it aint purrrty. (I’m convinced it’s the pretty boy complex, you know he’s light skinned with lights eyes, so he’s always on guard). Regardless, Black man testing Black man -someone’s ego is either being swallowed or someone is getting shot. Fortunately my cousin played the cool card and just responded, “It’s all good playboy” but not before a very intense 40 second stare down.

Once inside you would not believe what I saw, it was absolutely unbelievable, riveting and mind blowing. Get a load of this, music was playing and people were drinking. That’s it people nothing more special than that. It was the club so why are we so obsessed? Don’t you know we found ourselves encountering yet another altercation- this time my cousin was holding back some other random dude who had broken a bottle against the side of the bar and was ready to cut this dude. Apparently one dude had bumped his drink against the other dude causing some droplets of Hennessy to splash upon the outfit. Can we just assume that this was accident? I mean this is what happens when you know…you’re at the club! Every time I go to the club I think I will not be back. List or no list it’s just too deep. But then enough time passes and someone I know always says to me, “You know what we should do tonight? Hit the club.”

Click here for: How the Urban Chameleon Came To Be
Posted by Tickles.Tv at 8:09 AM