Did She Just Call Me A Nigger? 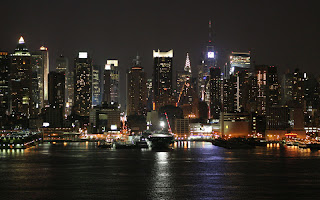 It was a Friday night and my two friends and I decided to meet up after work at Rosa Mexicano in the city and catch up. I had gotten out a little earlier than usual and decided to do some shopping at Zara picking up a fabu raincoat and some new tops. When I got to dinner I of course had to put on a mini fashion show for my girls before we got into deep conversation mode. One of my friends just started a new job so she had lots to tell us about her new corporate life, and gave us a complete break down of everyone in her office. No matter how are conversations begin, it always some how transitions back to us reassessing our lives sometimes celebrating how far we’ve come and sometimes beating our selves up for not being further along. Tonight we were in celebration mode toasting to all of our good fortunes.

When it was time to leave, we walked over to Park Ave and 22nd to wait for two cabs. They were sharing a cab to go uptown and I was headed to Brooklyn. We managed to flag two cabs down, which pulled up back to back for us but when I quickly turned away to wave goodbye to my friends this white woman was headed into my cab. I said “Oh hell no I know she saw me.” So I quickly rushed passed her and said, “Excuse me miss this cab pulled over for me.” Next thing I know she shoves me inside the cab bumping my head against the opening of the door and then I really said “OH HELL NO” so I began to kick the shit out of her. She manages to catch my leg in mid third kick, which at that point we were just throwing blows at each other, her with one arm still around my right leg and the other arm bumping against my fists in the mix of all of my Zara shopping bags. Next thing I know the woman flies back on some Matrix reloaded tip landing on to the ground. My girls had come to my rescue, one had grabbed her shoulder the other pulled an old school move and had grabbed her by her ponytail. I closed the door to my cab and my friends, one in her bedazzled, jeweled flip flops and the other in her red leather mini skirt scooted back into their cab. The woman who was now completely flustered on the ground and still cabless yells out, “YOU NIGGERS!” as we drive away.

We immediately called each other from our cabs dying laughing at the irony of what just happened. 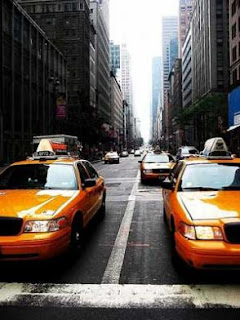 Did we really just get into a fight and have to jump this crazy woman on Park Avenue? I mean rightfully so, she was dead wrong. But damn I haven’t been in a fight since I was twelve and in the projects at that. I had to ask the cab driver if he did in fact pull over for me which he said he did and then asked if I was alright. I thought to myself was he just saying that because he was afraid I would call my girls back and jump him? Hahahahah. Oh lawdy a Friday night gone awry. I got to get to church this Sunday.


Have your Urban Chameleon story featured by e-mailing