A glowing 'Portrait' of the Obamas' rock-solid marriage

A biography out Tuesday on Michelle and Barack's relationship. Like most couples, they've had their rough spots. 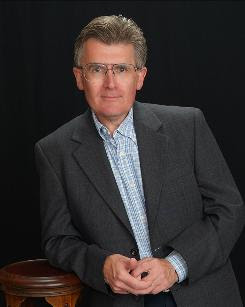 Christopher Andersen interviewed more than 200 people for an intimate look at the pair in Barack and Michelle: Portrait of an American Marriage (William Morrow, $25.99).
Andersen, 60, a former senior editor at People magazine and author of 29 biographies, including The Day Diana Died, calls his new book "a positive story. A love story."
The White House had no comment.
"What's odd is that our first non-white first family is really the most all-American, down-to-earth couple we've ever had in the White House," Andersen said in an interview with USA TODAY. "They're comfortable in their own skins."
But they've had bumps along the way.
Left alone for long periods of time while her husband built his political career, Michelle Obama grew frustrated, Andersen says. "I think she could have walked at one point. She felt abandoned."
One thing that brought the couple back together was when daughter Sasha, now 8, was diagnosed with life-threatening spinal meningitis as an infant. She recovered.
And once Michelle, 45, decided there was no stopping the Obama bandwagon, she jumped on, Andersen says.
"She's the reason he is where he is," the author says. "She taught him how to be an effective politician to punch harder against Hillary, for instance."
Andersen also says Michelle Obama is "wary" of the Clintons, and that's why Hillary wasn't the vice presidential candidate: "Michelle didn't want the Clintons down the hall."

click here to read full article on USA today
Posted by Tickles.Tv at 8:28 AM