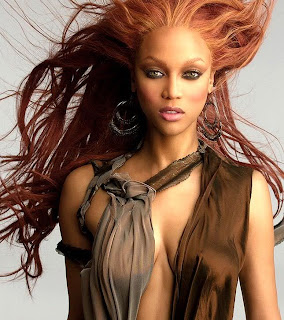 TYRA’S TITLE: Tyra Banks has produced a reality TV show about a fashion magazine, and now she’s launching a fashion title of her own. The former model-turned-media personality is taking her brand into the online publishing world with the Web-only magazine Tyra: Beauty Inside & Out. Banks had been approached several times to publish a tangible magazine, but given the state of the industry and the growing popularity of online media, she decided to go the Internet route. When the site launches, it will feature an audio “manifesto” that asks readers to dream big, ignore the haters, celebrate uniqueness and seek the beauty in everything.

The magazine, which will have six full-time staffers, will explore subjects in beauty, fashion, healthy living and relationships. There also will be behind-the-scenes footage from “America’s Next Top Model,” “The Tyra Show” and photo shoots. The site kicks off today at 5 p.m. with a competition to fast-track one application for cycle 14 of “America’s Next Top Model.” The winner will receive an interview in the final round of the selection process, bypassing previous rounds. — Amy Wicks