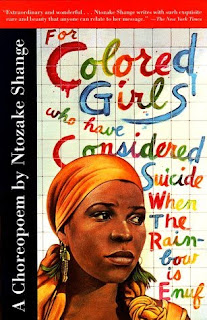 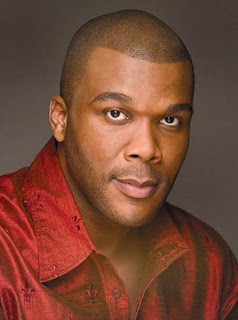 Getting his hot little hands on Ntozake Shange’s 1975 play For Colored Girls who Have Considered Suicide When the Rainbow is Enuf was coup of the year for Tyler Perry. Not only will he produce and direct the upcoming film version, the King of Coonery will also write the adaptation of what may be the most important work about black female identity ever. Ask any black woman, especially the artsy/moody/self-aware type, about For Colored Girls … and she will respond with a wistful look and fond memories.

I was Lady in Blue in a high-school production and have told more than one sorry dude, “insteada being sorry all the time, try being yourself,” quoting the Lady in Red (but playing it off like I came up with it on my own). This is classic material, and now we can expect the intentionally stripped-down aesthetic of Shange’s work to be replaced by style choices that only a closeted gay man could make. Even worse, Perry has announced that he’d like to cast the likes of Oprah, Halle Berry and Beyoncé to tackle the play’s issues, which include love, rape, abortion and relationships.

How did we come to such a low point in black entertainment? Sadly, money always talks. Did you know that Tyler Perry’s films have grossed about $319 million in seven years, while Spike Lee’s have grossed $372 million in 23 years? When you account for the inclusion of rather mainstream flicks including Inside Man ($88 million) in Lee’s canon, Tyler Perry is really in black folks’ pockets at an alarming speed. We’re going to see his movies in droves, and I just cannot figure out why.

Maybe it’s easy for whole church buses to go see a Perry flick after Sunday service. Maybe we’re just happy to see black folks on-screen no matter what they do. Or maybe we don’t have the sense of a billy goat when it comes to choosing meaningful entertainment—I just don’t know. But the end result is the proliferation of a parade of empty, stereotypical characters, humor so dry it could sop up Jermaine Jackson’s hairdo and the persistent depiction of black women whose lives are not complete unless they can find and hold onto a good black man. When we begged for greater representation on-screen, this is not what we had in mind.

Can I go back to Beyoncé and the meds I’ll need to watch her act again, especially in such a groundbreaking piece? It’s hard for me to even write about it because my thumbs have spontaneously become paralyzed into the down position. I haven’t forgotten Beyoncé notifying the world that she’s not black, she’s Creole, which is the exact opposite of the For Colored Girls ... message. Let’s also not forget that Beyoncé cannot act. I’ve given her too many chances to demonstrate that she can, and after watching her try to squeeze out tears while trying not to look directly into the camera, I’ve concluded that the only role she’d excel in is an adaptation of Pinocchio—on camera, the girl looks like she’s made of wood. Her clumsy speech pattern is the stuff that gets folks flunked out of The Juilliard School. There’s something about how her tongue sits in her mouth—it’s too big, it’s too wide, it’s too strong, it won’t fit. Why is this happening again? Greed. Not just greed for money, but for recognition.

Whether or not Beyoncé ends up in the film, Perry has a special talent for creating the illusion that otherwise credible black actors don’t have enough talent for mystery dinner theater, so I have to consider anything he controls creatively a lost cause. However, as executive producer in a joint venture with Oprah Winfrey, Tyler Perry sat in the audience for Precious, a film highly praised by critics at the Sundance Film Festival. (You may have heard the buzz about excellent performances from Mariah Carey and Mo’Nique.) As the audience ooh’d and ahh’d at how creatively stunning it was, Perry scratched his chin and said, “Hmmm. I want me some of this.” So now what should be a landmark moment in black female cinema directed by any of the renown black female directors out there—Kasi Lemmon (Eve’s Bayou), Gina Prince-Bythewood (The Secret Life of Bees), Debbie Allen (no explanation needed) or Nzinga Stewart (who was originally slated to direct the film)—is instead sure to fall flat under Perry’s control.

What’s saddest of all to me is that, as much as we can expect Perry to butcher Shange’s work, won’t so many of us feel obligated to see it anyway? Will we bite our tongues and watch, even if just for the sake of criticism and cultural commentary? Or will we consider ourselves lucky to absorb the prose and poetry of For Colored Girls … on the big screen for the first time? Should we patronize questionable black films just because they’re intended for us or should we boycott what we suspect is garbage? This is a persistent quandary that those of us interested in thoughtful black entertainment continue to face. Just what is a black woman to do with such a mess? When I ask myself these questions, I’m reminded of Shange’s Lady in Green: “bein’ alive, bein’ a woman, and being colored is a metaphysical dilemma / I haven’t yet conquered.” After 34 years, at least that much still rings true.

source from The Root