Despite the controversary over Obama's win of the Nobel Peace Prize, sometimes certain things in life need to occur for something greater.


(CNN) -- President Barack Obama said Friday that he was humbled by the decision of the Norwegian Nobel Committee to award him the 2009 Nobel Peace Prize.

"I am both surprised and deeply hum 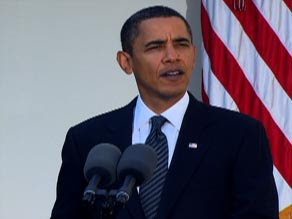 "I do not view it as a recognition of my own accomplishments. But rather as an affirmation of American leadership. ... I will accept this award as a call to action."

Obama said he did not feel he deserves "to be in the company" of past winners, but would continue to push a broad range of international objectives, including nuclear non-proliferation, a reversal of the global economic downturn, and a resolution of the Arab-Israeli conflict.

He acknowledged the ongoing U.S. conflicts in Iraq and Afghanistan, noting that he is the "commander in chief of a country that is responsible for ending" one war and confronting a dangerous adversary in another.

"This award is not simply about my administration," he said. It "must be shared" with everyone who strives for "justice and dignity."

The president had not been mentioned as among front-runners for the prize, and the roomful of reporters in Oslo, Norway, gasped when Thorbjorn Jagland, chairman of the Nobel committee, uttered Obama's name.

The Nobel committee recognized Obama's efforts to solve complex global problems including working toward a world free of nuclear weapons.

"Only very rarely has a person to the same extent as Obama captured the world's attention and given its people hope for a better future," the committee said.

Jagland said the decision was "unanimous" and came with ease.

Listen to Jagland explain why Obama was this year's choice »