Blackface on 'America's Next Top Model'

Hot damn, this is the third time in a few weeks that "blackface" has been in the news. First, the Australian guys portraying the Jackson 5, then the Parisian Vogue model, and now Tyra? But is it okay because Tyra is Black and in charge?

Yes it is. People, we are not going to make this deep. Although I didn't see the show I can tell you right off the back that this 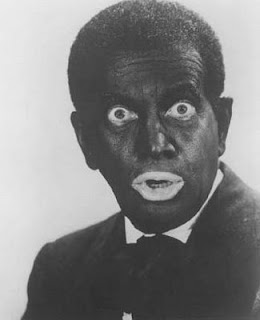 Is not to be compared with the same motive as this. 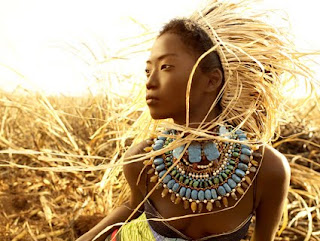 by Laura Kenney posted on Stylist.com

Continuing the resurgence of a makeup practice long considered taboo, "America's Next Top Model" featured a number of models painted with dark makeup to resemble bi-racial women. On the episode, which aired tonight (Oct. 28), host Tyra Banks said the goal was to create an editorial celebration of the "Hapa" (that's Hawaiian for mixed-race) children of immigrants who relocated to Hawaii to work as sugar cane farmers in the mid-19th century. Barack Obama is the most famous Hapa. Banks tasked models with interpreting exotic racial combinations like "Russian-Moroccan," "Native American-East Indian," and "Botswanan-Polynesian," photographing them herself in the green reeds of a sugar plantation on the island of Maui. The models -- Jennifer An, Nicole Fox, Laura Kirkpatrick, Sundai Love, Brittany Markert and Erin Wagner -- were styled in clothing stereotypical to the ethnicities they were asked to portray. For example, Markert, who was "Native American-East Indian," was dressed in a feathered headdress and a sari. And Love, as a "Russian-Morrocan" was styled with Russian Ushanka hat and a large walking stick. Then, the models were sent to makeup, where each was painted with varying degrees of dark body makeup to match the perceived skin tone of the corresponding race they were conveying. This is the second time models have been shown in dark makeup in recent weeks. French Vogue photographed model Lara Stone in blackface for its October issue, which was particularly disturbing because the offending pictures were part of an issue celebrating models, but had nary a black model in the magazine.

read full article on stylist.com
Posted by Tickles.Tv at 11:49 AM