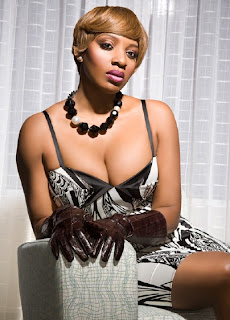 As much as I despise the fact that I got sucked into the Real Housewives of Atlanta this season I even more so despise the fact that I’ve actually taken time to write about it. It’s like watching a train crash, you know it’s about to happen but you’re tune in anyway. What sparked this impromptu spat is a recent conversation I was having with a girlfriend of mine about the character Nene. She absolutely loves this woman and her “realness” in which I rolled my eyes… and hard…you know the kind of eye roll where you’re blind for a minute trying to readjust your eyelids? Yea that was me. She couldn’t possibly understand why I was hatin’ and went as far as to defended Nene by saying that even white men love her! Yes thank you Anderson Cooper for your endorsement but this is no surprise to me. I took a sociolinguistic class in college and part of my study was following the trend of popular movies where Black characters are used as the comic relief particularly among white audiences. There is no doubt that Nene is the comic relief in this show but the question is should we be laughing?

This woman has real problems disguised by an overcompensating confident façade and should be in therapy. It is very clear she is an attention seeker who god-forbid the spotlight is not on her there must be commotion. Who the freak cares if you got left off the song, Tardy for the Party, write your own damn song. It is clearly not that difficult to make a hit these days. Lol Smiley Face says Soulja Boy. Now I am aware that it's the unveiling and unraveling of this woman's isssssssues is what makes great television these days at least as far as ratings but I am just so damn tired of people praising Nene like she is some kind of role model to aspire to be for if so we are in deep trouble and all need therapy.