I Don’t Care About White Love…Should I? : Part I

Editor’s Note: This story appears in two parts because there’s simply no way to shorten it. You’ll thank me later for including every detail. 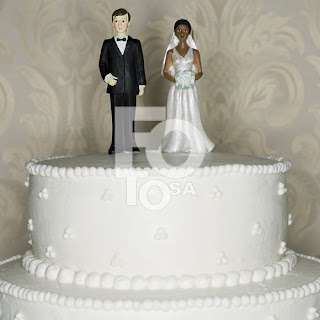 Let me get one thing out of the way: I drink, and sometimes heavily. I’m 100% sure that had I not been five glasses of red wine into my evening by the time I ran into my downstairs neighbor at two in the morning, none of this would have happened. But I was wasted, and by the looks of his zigzag gait up the street so was Mike (or is it Mark?).

There are only four apartments in my building and this typical Guido type of dude lives directly downstairs. If I leave my window open I sometimes hear his big mouth running or notice his freshly delivered men’s muscle magazines sitting in the building’s communal mail pile. Other than that we’ve had almost no interaction, which we both seemed cool with until liquid courage took over.

“Hey! Why don’t I ever see you in the building?” he asked as he opened our shared front door for me.

“I dunno,” I slurred, knowing full well that I don’t really see anyone in the building except for my overly friendly gay next-door neighbor who has a cavalcade of black dudes in and out of his apartment day and night. But that’s a whole ‘nother story. I even considered filling the empty silence with stories about Harvey the Homo and his suitors when the Guido spoke again.

“Wanna come to my place for a drink?” Oh that’s a great idea, I thought. I’ve always wanted to be asked in for a ‘nightcap.’ It’s so 1974, so “Three’s Company.” A quick drink sounded like a real gas. Plus, I’m still in my own building, what’s the worst that can happen?

The next few hours flew by, and I have red wine to thank for that, as well. Of course Mark (or is it Mike?) did what a lot of white men do when they can’t come up with a single inch of common ground: talk about race. He started going on about how the word “Guido” is as harmful to him as the n-word, how if he were black he’d be OK with the stereotype that black people are better athletes, and a bunch of other misguided bullshit that I’m sure he’d been waiting to bounce off of a black person since the 2008 election. I just told him he was wrong on all counts, and that he should shut up and pour me another glass of wine. Now, instead of our smart mouths sparking off the Race Wars, it created serious sexual tension. Maybe it was some weird “I’ll show you!” type of thing, but with all of his Napolean-esque, willfully ignorant but brolic hubris, the guy’s spunky attitude reminded me enough of that barnyard chicken hawk from Looney Tunes to turn me on.

So we hooked up a bit. No big deal, mostly safe for work. But part of the way through I remembered running into some chicklet who introduced herself as his girlfriend one morning on my way to work. We chatted for half a block down the street before I bid her stringy-haired ass adieu, doubting our paths would ever cross again. Now I’m up here in a drunken tryst with her man. That’s a violation of “sisterhood,” somehow, right?

“Wait, don’t you have a girlfriend?” I had to ask, a glutton for punishment, am I.

“Yeah sort of but, you know, don’t worry about it.”

Don’t worry about it? Don’t worry about white love? Really? Well you know what buddy, I won’t. That shit is NOT endangered and when it comes down to it I don’t care about no white girl’s feelings. Yeah, I said it, and in the black vernacular, too. Hmph. Carrying on.

The hookup itself was as uneventful as it was low-risk, and the next thing I know I’m waking up with this doughy mufucka cuddled up on me like a stuffed animal. Nope, boo, bye. The thing was, I could not find my shirt, so I just threw on the rest of my clothes, zipped up my jacket, wrote a note with something like “Hey Mark, had fun, left something here though, when you find it please leave it upstairs by my door. Peace Out - Regine” and scurried upstairs to my own apartment. I fell asleep wondering whether I’d get my little Ross Dress For Less frock back soon, but otherwise without a care in the world.

As days, then weeks, then months passed, I started to really worry. Mark (who really STILL could be named Mike) hadn’t returned my shirt, and knowing that it must be mixed in with the rest of his random white boy clothes on the floor meant that his girlfriend could find it any minute – its easy to spot a hot pink and fuchsia tunic in the midst of khakis, camouflage print shorts, and Hollister tees. She’d see that its not hers, smell my perfume on it, and get all tough white girl with me on some Shannon Doherty shit and come a’ cuttin’. I even ran into them in the hallway once while I was with a gentleman caller of my own (don’t get the wrong impression, friends - my love life is actually as dry as the Sahara) but we both played all innocent. I certainly couldn’t ask for my shirt in front of her, now could I? As much as cute party shirts in a size 2X aren’t easy to come by, it only cost $12 so I chalked it up to the cost of drunkenness and let the whole incident go. In fact, aside from hoping I didn’t run into this dude ever again, I forgot all about it.

That is, until 9:30 on a Saturday morning a good three months later, when I heard a buzz at my door.

click here for: How the Urban Chameleon Came to be
Posted by Tickles.Tv at 7:32 AM