Don't Hate Cause I Moved Out da 'Hood 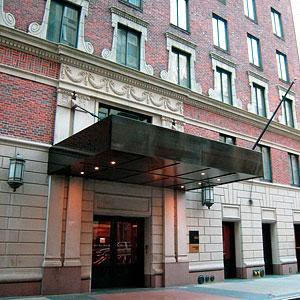 It’s happened twice now … twice in a month. Inevitably, you are out to dinner with a couple friends. Everyone answers the “Wassup witchu?” question and breaks down the progress and frustration with the job, the latest in the love life, ideas and ambition on the entrepreneurial front … and inevitably, the question of giving back comes up. Generally, the conversation is rooted in the overall lack of fulfillment we get working in Corporate America. Everyone nods and agrees: “This is not the end-all, be-all. It’s about gettin’ that money right to start your own thang.” And sure, part of that is giving back. Again, everyone nods. One person will bring up an organization they support. Another will mention a tutoring program. And then, like clockwork that one friend will weigh-in … “Well, ya know? The best thing we can do as young, successful urban professions is move to a Black neighborhood. ”

And that’s when I check out. “Here we go again.” Move back to the 'hood? For real? Seriously?

You see the thing is, I have no problem with the folks who get that degree, get that coveted J-O-B, and move to THE latest, greatest, regentrified ‘hood in city and then go around from cocktail hour to happy hour touting their zip code like it’s a damn membership card to the “I’m Black and Conscious” Club. Go ‘head and self promote based on your zip code. But I do have a problem with how those folks try to make me feel that by not livin’ in the ‘hood somehow I am turning my back on my community. Annnd don't even get me started on the rebranded neighborhoods by real estate agents trying appeal to the latest stock of up and coming urban professionals … for NYC folks the clearest examples are DUMBO or “Down Under the Brooklyn Bridge” and SoBro “the South Bronx”—Wait a minute are you really tryin' to Jeti mind trick me with the KRS-One " South Bronx, south, south Bronx" as SoBro as oppose to Soho???????????

Save it. The bottom line is that, anyone who really grew up in the ‘hood AIN’T tryin’ to go back to the 'hood!

Which brings me to my point: I will bet you that 9 out of 10 of those over-educated, young urban professionals living in the newly-remodeled condos of our gentrified ‘hoods DID NOT GROW UP IN THE HOOD TO BEGIN WITH!

I did my fare share of time in the 'hood even though, technically, for part of my childhood I grew up in a mixed middle-class area just so I could be zoned to a better public school but best believe I lived in 1-bedroom apartment with my mom, my aunt, my cousin and my grandmother. So don’t even try to come for me.

PLUS, after college, I lived and worked in the townships of South Africa, favelas of Brazil and shantytowns of Jamaica where you don't have the luxury of not eating everything on your plate and taking a shower ever day let alone with hot water. I have swerved around tear gas and dead cars in the middle of a coup d’etat in Haiti. So, don’t even try to tell me that I’m somehow turnin’ my back on my community because I don’t live in a Back neighborhood! Believe me, you can’t see the ‘hoods I’ve been to from the windows on that newly-remodeled duplex your renting around the way down the street from your Bodega.

Lastly, did you ever stop to think about what my presence in a non-Black neighborhood might do to change misconceptions about us? Last week, my neighbors Edith and Marvin Einstein-- an elderly Jewish couple--and I watched the PGA tournament together.

All I know is between Edith’s homemade matza ball soup and Marvin’s incessant rants about miscalculated plays, this sistah is creating a new perspective from inside an old rich white neighborhood. Don't come for me...


Have your Urban Chameleon story featured by emailing tickles.tv@gmail.com

click here for: How the Urban Chameleon Came to be
Posted by Tickles.Tv at 9:40 PM