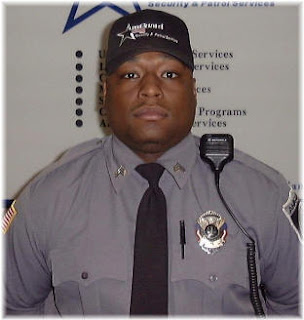 Most people of color have experienced being followed in a store so much so that I know I’ve actually broke on a white sales woman for doing so,

“How dare you follow me around this store as if I’m some hoodlum trying to steal. This Von Furstenberg dress I’m wearing cost more than what you make in a week! Black leaders fought and died for equal rights and here you are trying to shackle me right back into slavery well let me tell you something lady it’s YOUR mentality that is shackled in hate, ignorance and negativity and you need a serious reality check!’

And no she did not in return ask, "Who gonna check me boo?" She instead apologized profusely that I felt that way and tried to explain that she only wanted to make sure that I was being helped since I seemed to be struggling to hold onto all the items in my hands... and so I thought maybe I might have over reacted.

But when I was recently shopping for Uggs in preparation for the cold moths ahead (I know I know they’re such the white girl boots but damn they’re comfortable!) I was reconnected to my justified insecurities. There in the Ugg’s story was a Black security guard (no less) following me around watching me closely… and no he was not trying to come on to me. It’s as if Uggs corporate had a meeting earlier that day and ordered for all the blackees to be watched.

I decided to ignore him for I wasn’t about to give another profound speech and play myself. At the same time I noticed a white girl watching the security guard, watching me. I then felt like I was in the middle of some kind of sting operation that was about to go down so I quickly paid for my Uggs and went to leave. It wasn’t until I noticed that the white girl was leaving before me never having visited the cash register. She walked past the security guard who was now watching some Latino man, straight through the front door with the Uggs on her feet. This chick just saved $200.00 just by being white and cashing in on my Black ass being followed. Damn was I jealous! When will I be able to do that? It's sad when that's an aspiration.

In the meantime I should probably write a letter to Uggs corporate:

click here for: How the Urban Chameleon Came to be
Posted by Tickles.Tv at 8:09 PM