I Don’t Care About White Love…Should I? Part III 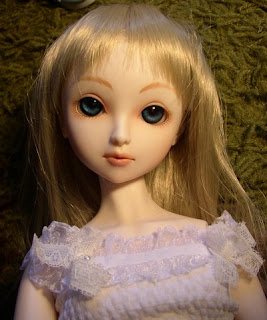 You may have read about an incident that I had a few months ago with a white girl whose boyfriend lives downstairs in my building (click here for: Part I) (click here for: Part II). This was the last time I “Oprah Winfreyed” a white girl and I didn’t think much else of it, but apparently my powers have disturbingly lasting effects whose application could liberate black women all over this country.

It was almost 2:00 in the morning on a Thursday. I’ve noticed that on Thursday nights Mike or Mark or whoever (honestly I refuse to commit his name to memory) has little parties. I mean he’s down there blasting all types of Daughtry and Black Eyed Peas and shit, probably drinking and definitely running his fat mouth. I don’t know what goes on in his life and I don’t want to know, I just lock my door and move through the hallway as quickly as possible on my way in and out. On that particular night I’d met up with friends and came home to find Mark’s girlfriend sitting in the stairwell in her pajamas.

“Hi Regine,” she said flatly, staring me dead in my face with her crossed-ass eyes. Is this bitch on drugs? Why does she remember my name and why is she speaking to me like we’re friends?

“Are you ok?” I was pretty much shimmying past her up the stairwell already but I figured I’d ask. Anything could be happening – maybe she was locked out. Or what if there was a fire? Hell, she might need a tampon – it’s the least I could do after getting a groove on with her man.

“No, not really,” she said with a huff. This is when I realized that her not-okayness was just some corny girlfriend shit. – anyone with a real problem tells you right away instead of getting all Judy Blume about it. I took a second to examine the scene: this chick didn’t have any shoes on and was clutching her cell phone at her side, apparently having asked whoever was on the phone, probably her BFF, to hold on for a minute while she said hello to the Negro Temptress upstairs neighbor. Still, my pesky do-gooder reflexes continued to do their thing.

“Do you need anything?” I asked. Why do I always have to dig the hole deeper and deeper just to make myself feel like a good person? Frankly, if I could work through that tendency in therapy all of the drinking, random sex, and cussing people out probably would never come about in the first place and I’d be considered cured. In reality, I was hoping she needed a glass of water, a call to 911, or $2.00 to catch a bus home. But get what she says:

“Um…no, not right now, I’ll knock on your door a little later.”

What, heifer? It’s 1:45 AM, ain’t no later. Even if there were, this is not a bed and breakfast or some type of open therapy workshop where you can come in here, lay your head on my brown bosom, and talk abut all of the problems you’re having with your blatantly wackass boyfriend. For what? So that I can reveal that I hooked up with him? Or so that he can come knocking on my door looking for you? Why must I be involved and how does any of this benefit me? It was a weird mix between entitled and just retarded. This is where Oprah Winfreying a bitch goes too far – I meant to pacify her not hypnotize her.

“Please don’t.” And that’s all I said as I opened my door and put on an old episode of Living Single to calm my nerves.

I was awake for about an hour after that and could hear her barefoot ass in the hallway on the phone. Just before I fell asleep I heard a door open and close, most likely homegirl giving up and going inside, realizing that her man knows damn well she’s not going anywhere barefoot so he doesn’t have to come chasing after her. I’m sure he’d already fallen asleep with his hand in his pants á la Al Bundy and she came in and hopped into bed with a sourpuss face. Young chick rookie stuff on her part.

But back to me and us sisters. Is a young, white, (possibly chemically imbalanced and cross-eyed) female the most easily-manipulated being on Earth? If so, how can we use that to our advantage? Could the key to black female liberation be found in the process of “Oprah Winfreying” these hoes? It’s certainly worth investigating.