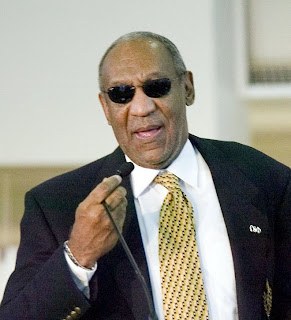 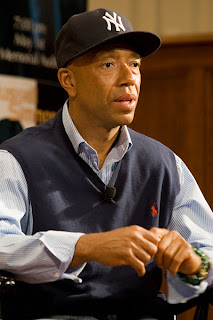 Russell Simmons posts an open letter on Global Grind to Bill Cosby in regards to how he's addressed the younger generation. I know that Cosby in recent years has been what some have deemed as "off the hook" on how he's gone off on young people but I have to say I kinda feel him. Kinda. Sometimes extremist are needed to help tip the perspective scale the other way especially when you're up against influential rappers like Lil' Wayne who puts out songs like "Whip it Like a Slave". Although Bill Cosby may be too harsh I think Russell in this letter maybe too soft. What do you think?

p.s. I personally love all this iconic/mogul Black on Black controversy : Tyler vs. Spike, Simmons vs. Cosby because as much as people have commented about not liking what they perceive as one Black person "tearing another one down" I on the other hand think it demonstrates diverse perspective with in our community which is a good thing. One voice does not and should not represent us all. Now if it could only be followed up with diverse influential content in TV and films...

There are a lot of great entertainers who do great things. Bill Cosby is one of them. He has always used his voice to right what he thought was wrong. However, I believe that too often Mr. Cosby has wrongly placed the blame.

While it is true that each one of us can make a change at any moment, it is equally true that at every minute we are all doing the best we can. If you knew better, you would do better. Therefore, those who care and have resources could/should work to create the kind of support systems that could inspire change. From the preacher who lifts our consciousness and asks us to reach for strength to the politicians and philanthropists who put programs in place to support our growth. When the President brought the Cosby attitude to his NAACP speech a few months ago, I was disappointed. It is nice to tell black people to stand up, but isn’t that really Min. Farrakhan's job? The President's job is to tell them to walk to the program that he placed on their corner. It is our job to instill the inspiration that gets a young person to walk into the program and not stand on the corner.

We love Cosby and all the older types who judge and blame the poets or culture for the sadness that the poets point to from their realities. From a place of love, I am letting the older generation know that they must admit that young people are less racist, less sexist, less homophobic, less prejudice than their parents and far less than their grandparents. Mr. Cosby, you know that your generation is carrying a lot more dirt, you are all just smart enough to cover it up. Old people are quicker to destroy the planet, abuse the animals and promote wars and then act like young people are violent. Young people are more compassionate, giving, promote gay rights, animal rights, human rights, protect the environment and want to end the wars. When they point out the contradictions that come up and say it on a record and say it LOUD, you can’t believe it! The culture and the poetry is a mirror of the realities that they expressing. Instead of criticizing, let us recognize the faults of adults, because until that happens you all will continue to turn off young people from your message and further alienate them from your generation.

I love Bill Cosby. Who doesn’t? I love him so much that is why I am writing this blog. But this is not just about Mr. Cosby. I know that tomorrow there will be headlines that read “Russell Simmons attacks Bill Cosby.” But let’s be clear, this is a call-out to all the adults who are judging more and listening less to the beautiful, progressive voices that come from our young people…Bill Cosby just happens be on the front line. This is about two generations reconciling...I guess because of my age, you would say that I am stuck on the other side, but I will always recognize that young people can use support instead of judgment. We need to have the hard conversation and both sides need to listen – if you need an office to do it in, my door is always open.

with great love
all things are possible