Drivers Ticketed For Not Speaking English 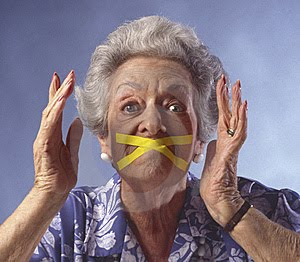 When I first read this article I interpreted it as the Dallas Police Force apologizing for writing tickets to non English speaking drivers and thought well now wait a minute, you mean I could run a red light if I just pulled the, "Me no speak no English" card? But upon a more thorough read police officers have been giving out TWO citations, one for the traffic offense the other for specifically not speaking English! Now that's messed up.

It's no news that a lot of non English speaking people who move to America struggle to get through. Shoot most of our ancestors didn't speak English upon "arrival" but should there be a time frame on when you learn the language? A lot of emigrants just commute back and forth from home to work. Work often might not require them to speak English and at home their native language is spoken and Rossetta Stone is not cheap. I know I recently was looking in learning Mandarin but that's going to have to wait. However, if I were to move to China the effort would be made.

But how long is too long? Should there be a time frame to learn the language of your new home? One woman mentioned in this article has been living in America since 1980. That's almost 30yrs.

DRIVERS GET TICKETED FOR NOT SPEAKING ENGLISH

DALLAS, Texas (CNN) -- Police in Dallas, Texas, are apologizing after learning that they have written dozens of traffic tickets to drivers who can't speak English.

"I felt humiliated. My self-esteem hit the floor. I felt like I'd been discriminated against," Mondragon said in Spanish.

She has lived in the United States legally since 1980, but has struggled to learn the language.

A Dallas police department internal review revealed that 38 other tickets have been issued in the past three years to people who did not speak English.

All those tickets are being dismissed and the fines will be reimbursed, said Dallas Police Chief David Kunkle.

The chief has launched an investigation into the officers who wrote the tickets and the supervisors who approved the work.

"I apologize to the Spanish-speaking, Hispanic community. It's particularly disappointing for a city like Dallas, because we are very, very diverse," Kunkle said at a recent news conference.

The tickets run counter to the state's licensing practices. The Texas Department of Public Safety offers driver's licensing handbooks and tests in Spanish. Its Web site includes a link to an an all-Spanish version.

Confusion involving federal law might have led to the improperly issued tickets, Dallas' police chief said. Federal law requires drivers of commercial vehicles -- including trucks, limos and taxicabs -- to speak English. But review by Dallas police showed that none of the tickets were issued to commercial drivers.

Kunkle said his department's switch to an electronic ticket system led to a "non-English-speaking-driver" charge appearing on a drop-down menu. Officers must have thought it applied to people such as Mondragon, the chief said.

Critics, however, doubt that the tickets were a mistake and wonder whether officers were trying to send a message to non-English speakers.

"When it happens 39 times, then there's something a little bit more serious that's inherent in law enforcement in Dallas," said Hector Flores of the League of United Latin American Citizens.