Does it take Thanksgiving to be Thankful? 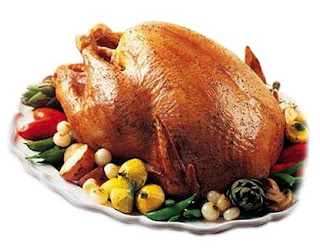 Growing up my parents didn’t celebrate Thanksgiving, yes, they did not believe in acknowledging what turned out to be a false symbol of cooperation from English Colonist before stripping the Native Americans of their land. (I got deep on you) Plus we were vegetarians that ate fish. So instead, by influence of my Jamaican father, we would head over to one of the many West Indian spots on Nostrand Avenue in Brooklyn and get down on some escovitch red snapper, rice and peas, sweet plantains, breadfruit and sorrel. It was our tradition of not commemorating another tradition.

Besides it wasn’t until junior high school where I was first introduced to chicken anyway and then turkey and then it was on. For the remainder of my junior high and high school career I was a closet meat eater hiding this disgraceful secret from my parents. In the meantime, I was creating deep bonds with friends just by the amount of flavored birds we went through together. Then when I began to be invited to their homes for thanksgiving dinner I was so excited to indulge in the festivities just by having meat to accompany what would have once been lonely side dishes. Hell! I had forgotten all about the Native Americans and the land.

It wasn’t until I got older (and came out of the kitchen closet) that I realized in all the Thanksgivings I spent with family and friends whether traditionally or nontraditionally the only thing that mattered was being together (the true marketed version of the holiday) and although some may say that it shouldn’t have to take Thanksgiving to remember to be thankful as busy as our modern lives are we sometimes need that reminder. (I mean I don’t know about you but I have an iPhone alarm set reminding me to pay bills.)

However, I sometimes wonder if the voice of Native American’s were more prominent if this holiday would exist. For had it been the day before where a Black leader was gunned down that was marked a holiday, people would be buck out here. How effective is the oppressed race you belong to? A tablespoon of truth and sarcasm is good for the soul.

How about I just say happy celebrating being with family and friends let’s try to do it more often, besides plantains go good with turkey.

click here for: how the Urban Chameleon Came to be