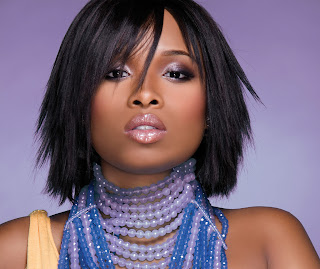 Last month Jennifer Hudson announced that she will play Winnie Manikizela-Mandela in the Equinoxe Film WINNIE (due out in 2011). The Creative Workers Union of South Africa (CWUSA) promptly issued a statement to South African newspaper The Citizen protesting the fact that a South African was not cast in the role, and locals haven’t been sought to star in or work on the film. The union is composed on South African creatives, including filmmakers, actors and musicians. Renowned South African theater actor John Kani pointed out that, “the problem was not Hudson playing Madikizela-Mandela, but the lack of respect and acknowledgment for local creatives.”
Ms. Hudson’s casting also highlights a recent trend toward casting entertainers and singers as actors. Actress Nia Long –in response to Beyonce Knowles starring in yet another film– even went as far to state, “It’s just not about how talented you are anymore. It’s about, ‘How much box-office revenue will this person generate?’ ” But Ms. Hudson is not alone in the push toward entertainers, especially African American entertainers. She’s one of many in a long line that includes Ludacris (CRASH, GAMER), Alicia Keyes (THE NANNIE DIARIES, SECRET LIVES OF BEES), Ice Cube (FRIDAY, BARBERSHOP), Eve (BARBERSHOP, TRANSPORTER 3), and a host of others.
This brings up several issues that have been plaguing Africans/African Americans in film: 1) The right to accurate representation, 2) the dearth of roles for Blacks, and 3) trivializing the “craft” of acting. The movie industry in the United States is focused on the business of show business, and rarely do African Americans have the luxury to present “art” that doesn’t “make money.” If African Americans in film can’t bring in an audience, then Hollywood –and some Blacks in film– will not bother to cast them in other films, or back films starring them. This is part of the reason why Hollywood continually brings in entertainers, and not actors.