Is Black Love Still Something to Care About? 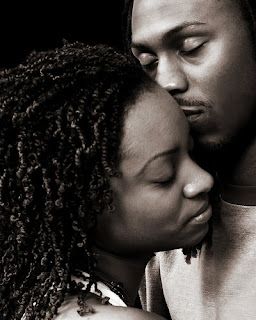 Anytime someone gives praise to “Black love” I can’t help but chuckle because the term sounds dated plus we don’t acknowledge any other culture’s love like, “Oooh look at that couple walking down the street holding hands that is some real Asian love right there” and we damn sure aint neva heard of someone celebrating white love (have you checked out : I Don’t Care About White love?).

Therefore why does Black love get it’s own hand clap?

Looking back, Black love like Black Power was born during a time when Black people needed to define their own existence in a society that excluded them. Given the challenges that a Black man and woman were faced with the idea of the two coming together as a couple let alone staying together was a symbol of strength in the community and surely something to be celebrated. As times have changed and Black people can now sit in the front of the bus and even run a country does the term Back love still have relevancy? Another way to think about this is do the mechanics of making a Black relationship work any more difficult than any other romantic relationship?

Some would say hell to the MUTHAFREAKIN YEA!

Although “Blackness” has been more integrated into society the residue of initial oppression still resides in the DNA, causing one hell of a dynamic of how the men and women can relate to each other. This evolution is speculated to have began during slavery when Black men were completely emasculated in front of their community and more importantly women. This would effect how the two would go on to love, love each other and their children and so was born a perpetuated cycle of dysfunction. It’s no secret that a lot of members of Black families have had to make conscious decisions to break patterns of abuse, which stem from miss placed anger and learn to love healthily.

A lot of Black women today talk about being exhausted by their relationships with Black men as a result of taking on the role of being the “fixer” the fixer of both his and her problems. On the flip side a lot of Black men talk about being exhausted by Black women’s over bearing and aggressive nature, which hurts more than heals. There is still a level of emasculation that many Black men feel today with in society not to mention if they’re with a woman who is financially doing better than them this may cause even more imbalance. In a nutshell, Black women may mean well by trying to make everything right but in the process may ended up stepping on the man’s role and so the dysfunctional love continues.

What becomes even more complex is as Black people, in specific, continue to evolve the ideas of “community” change. Although we’ve come as far as having a Black president many Black communities still need developing, conversations on racism are not over as it is still a fight to be understood and accepted. How this affects “Black love” is that many Black people still look to this union as representing strength and advancement. Some would argue that these people are stuck in a time warp for love is love and should be unattached to color. It’s the irony that comes along with race progress. Some have progressed so much that they don’t need Black love to represent cultural strength and some still need the image to achieve it.

Nia Long was on Wendy Williams the other day talking about her son who attends a predominantly white private school. Wendy asked her, does he know what kind of woman he likes? Nia said that he likes what’s at school because that’s what he’s surrounded by but that she is working on exposing him to Black women and Black beauty however she’s fine with who ever he ends up falling in love with. The reality is images do create culture and it’s something to be conscious of when helping young people to shape ideas.

Regardless of what color of love you find always remember to celebrate real love first and hey if it happens to be Black Love, power to the people.

click here for: How the Urban Chameleon Came to be
Posted by Tickles.Tv at 5:57 PM