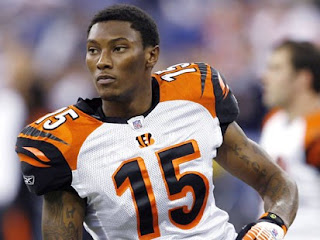 Cincinnati Bengals wide receiver Chris Henry died Thursday from injuries sustained in a Wednesday fall from the back of a pickup truck. He was 26.

According to authorities, Henry was involved in a "domestic situation" with his fiancée, Loleini Tonga, at a residence. As she drove off in a pickup truck, Henry jumped onto the bed of the truck, police said. At some point, Henry "came out of the back of the vehicle."

No charges have been immediately filed.

A fifth-year veteran of the Bengals, Henry caught 119 passes for 1,826 yard and 21 touchdowns during his tenure. He had been sidelined since Nov. 8 due to a broken arm.