Brandy (you know Ray J's sister) is back but as a rapper and calls herself Bran' Nu. 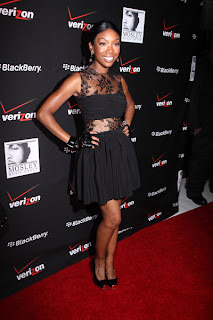 Bran' Nu told MTV that she has been rapping for a while. "I was rapping as a hobby, just something I did for my friends, just played around on videos and stuff like that," she said. She posted some of her videos on YouTube and when Timbaland saw one of them, he immediately called her. "He was like, 'Yo you have to do this. You have to come to the studio next week. We got to really get in and just see how you sound.'" Timbaland was impressed and decided to feature her rapping on his album, and gave her the rap alias, Bran' Nu. Timbaland's stamp of approval is a big deal.


see below Brandy rapping before she became Bran' Nu


click here for: How the Urban Chameleon Came to be
Posted by Tickles.Tv at 8:11 AM