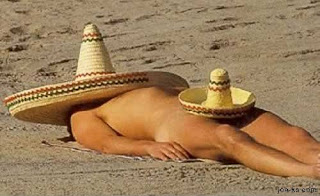 A gay friend and three straight girl friends spend the evening talking about sex and race on a Friday night over four bottles of wine. The more you drink the more you reveal. Questions about each others past arise involving three sums, sex toys and other erotic fantasies turned reality. Of course the gay man wins for being the most sexually “progressive “ (see blog: Sexual Respectable Black Girl World). The unspoken rules of conversation- whoever’s story is most “interesting” takes the stage and his certainly did when revealing the number of married men he’s encountered who’ve cheated on their wives with other men.

What’s that about? Are these men all on the DL?

Not even. Although some do just get married for the show, the family and or a surrounding community of homophobes some men simply aren’t being sexually satisfied at home. Think about it, he tells us, who better to understand your clitoris than another woman?

Point taken but I’ll stick to a man continuing to find clarity with my clit. He goes on to explain how there are even men who go as far as not even wanting look at the other man, it’s just sexual pleasure. Such a disconnect for me in my straight female world where sex is purely mental but I guess it’s the same idea for a man who can bang a stripper or a jump off and be out.

Online dating is another world he tells us. There are men who write things in their profile like, “Looking for hot guy preferably Italian or Latin no blacks because they stink.” We all gasped! He was so appalled at the time that he reached out to the guy and demanded he come over to his place to smell him. When the guy arrived he was butt naked and told him to start sniffing. After every area was covered he then asked, “Do I smell?” The guy, who turned out to be Mexican, learned that day that not all black people stink.