Urban Chameleons in Transition…Trying to get to the Vineyard 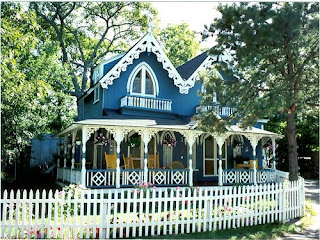 Not matter where you are and what you’ve achieved on your Urban Chameleon journey there is always some new obstacle to overcome (just look at Sotomayor having to deal with the latest Senate Committee vote hearing. Click to see: White Men Judging Sotomayor)

The latest hurdle for my friends and I? Trying to get to Martha’s Vineyard for a networking event that’s taking place the end of August, coincidentally the same time the Obama’s will be there. However, regardless of whether the Obama’s are there or not the Vineyard truly tries to price the up and coming out.

For a roundtrip flight and three days we’re looking at close to $2,000! EACH! These round-the-way girls need to find another way around that. We’re definitely of the mindset of investing in your future and see this as a great business opportunity. It takes money to make money. We come from parents who scraped together pennies for our private school education and piano lessons so we surely can’t give up now. The brainstorming began,

“What if we fly to Boston, then rent a car and drive?”
"Who wants to get off of a flight to then still drive a couple of hours."
“How much is the bus?
“No girl it's not about a bus.”
“We could take the ferry from NY-I think it’s like 7hrs?”
“I’d rather jump off the ferry and end it I get sea sick- I won’t make it 7hrs.”
"I second that."
“Wait I just found a hotel room for $299.00 it’s a little further out but the cheapest we’re going to find.”
“Do we just need to crash in that bad boy and split it four ways?”
“My goodness, I had hoped at 30ty I would have out grown the two in a bed but consider it done.”
“Yea but we still need to get there.”
“See if your mother will let you borrow her car.”
“Alo maman, Regarde, mes copines et moi veulent allez a Martha’s Vineyard mais les billets d’avion son telement chers qu’on voulais…Quoi? Oui, on aime rait preter ta voiture pour…Oh, parait! Merci maman! Annnnnd we have a car yall.”
“Wait girl, we still need to get the car onto the island.”
“Apparently we have to put the car on a steamboat to take over.”
“It’s still cheaper than flying.”
“Have we looked at Amtrak?”
“Hmm, this might be a good option…ooh look $30.00 each way!”
“There’s even a shuttle that takes you to the ferry.”
“So we have to take a subway, to the train, to a shuttle, to the ferry, to a cab, to the hotel and then split a bed?”
“That’s what it’s looking like.”
“Wow, first you’ve got to fight to get into the elite white schools then you have to fight to get in the elite Black social circles.”
“When does it end?”
“When you’re the Obama’s.”
“No girl, they’re even still fighting to be accepted.”
“The journey of an Urban Chameleon... it's exhausting.”

Click here for: How the Urban Chameleon Came to be
Posted by Tickles.Tv at 9:12 AM