There have been many different views shared on HOTUC about interracial dating, which underlines our mission to highlight the multifaceted perspectives of people of color.
see previous blog posts:
I knew She Was Dating A White Guy
My Least Favorite Myths About Interracial Dating
I Don't Care About White Love
In continuing to share perspectives on interracial dating we recently came across Jill Scott's commentary on Essence.com 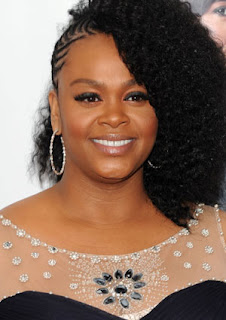 You know the moment when you realize that fine, accomplished brother is with a White woman? Let's call it "the wince." Three-time Grammy Award-winning artist, writer, actress, philanthropist, mother and all-around Renaissance woman, Jill Scott gets to the root of our feelings on the matter in the April issue of ESSENCE...

My new friend is handsome, African-American, intelligent and seemingly wealthy. He is an athlete, loves his momma, and is happily married to a White woman. I admit when I saw his wedding ring, I privately hoped. But something in me just knew he didn't marry a sister. Although my guess hit the mark, when my friend told me his wife was indeed Caucasian, I felt my spirit...wince. I didn't immediately understand it. My face read happy for you. My body showed no reaction to my inner pinch, but the sting was there, quiet like a mosquito under a summer dress.

Was I jealous? Did the reality of his relationship somehow diminish his soul's credibility? The answer is not simple. One could easily dispel the wince as racist or separatist, but that's not how I was brought up. I was reared in a Jehovah's Witness household. I was taught that every man should be judged by his deeds and not his color, and I firmly stand where my grandmother left me. African people worldwide are known to be welcoming and open-minded. We share our culture sometimes to our own peril and most of us love the very notion of love. My position is that for women of color, this very common "wince" has solely to do with the African story in America.

When our people were enslaved, "Massa" placed his Caucasian woman on a pedestal. She was spoiled, revered and angelic, while the Black slave woman was overworked, beaten, raped and farmed out like cattle to be mated. She was nothing and neither was our Black man. As slavery died for the greater good of America, and the movement for equality sputtered to life, the White woman was on the cover of every American magazine. She was the dazzling jewel on every movie screen, the glory of every commercial and television show. She was unequivocally the standard of beauty for this country, firmly unattainable to anyone not of her race. We daughters of the dust were seen as ugly, nappy mammies, good for day work and unwanted children, while our men were thought to be thieving, sex-hungry animals with limited brain capacity.

We reflect on this awful past and recall that if a Black man even looked at a White woman, he would have been lynched, beaten, jailed or shot to death. In the midst of this, Black women and Black men struggled together, mourned together, starved together, braved the hoses and vicious police dogs and died untimely on southern back roads together. These harsh truths lead to what we really feel when we see a seemingly together brother with a Caucasian woman and their children. That feeling is betrayed. While we exert efforts to raise our sons and daughters to appreciate themselves and respect others, most of us end up doing this important work alone, with no fathers or like representatives, limited financial support (often court-enforced) and, on top of everything else, an empty bed. It's frustrating and it hurts!

Our minds do understand that people of all races find genuine love in many places. We dig that the world is full of amazing options. But underneath, there is a bite, no matter the ointment, that has yet to stop burning. Some may find these thoughts to be hurtful. That is not my intent. I'm just sayin'. /source from essence.com