HOTUC COMMENT SPOTLIGHT on “What to Say to the Haitian?” 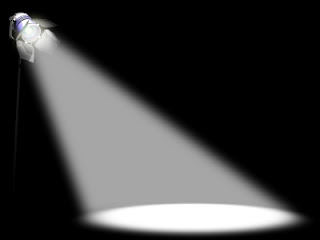 The HOTUC team appreciates your engagement. Your comments on the different stories that we post in fact sometimes spark the need for larger conversations. In these instances, we have decided to create a new feature on HOTUC that puts YOUR comment in the spotlight and is replied to by the writer.

On March 1st HOTUC posted “What to Say to the Haitian?” (click title to read story)

Anonymous wrote: My brother is married to a first generation Hatian. She hates African Americans. She married my brother, because she thinks he isnt African American, b/c our mother is white, and our father is black. She hates his children that he fathered by a Puerto Rican, b/c she hates puerto ricans. She, and her family, completely look down on American Blacks, and personally, i find that ridiculous..she doesnt even consider herself black, and she is one of the darkest people i have ever seen> While I dont like what happened in Haiti, there is no way i would support them, their country and their racist ideology..and i would encourage african americans to take a good look at how Hatians really feel about us before we send another cent to that country.

Don’tLettheJCrewFoolYa responds: Thank you for your comment. However, I would encourage you not to project your experience with one Haitian on the other 12 million Haitians on the planet. Not to mention the fact that I suspect that your issues with your sister-in-law go far deeper than her attitudes towards African Americans.

Like every post-colonial society, Haiti has many reminisce of "divide and conquer" colonial power politics. In Haiti, it is simply not enough to share the same skin color or the same African lineage. Everyone's just Haitian. So, after 200 years of independence and power abuse, Haitians (whatever the hue of their skin) have done just as much to hurt other Haitians as whites did to non-white Haitians back in the day. As such, the idea that once in the US, Haitians SHOULD relates with Black Americans and therefore joins their community is foreign to them. And, it's also unfair. The community of African Americans as we know it in the US today is a direct product of unique policies in US history--namely the 1/5th rule. There is NO OTHER PLACE on the planet where one drop of African heritage constitutes being Black. In every other post-colonial society where there were either enslaved or colonized Africans, there is a name or category for every hue of Black. Is it right? No. But from distinctions such as mulatto (Latin America), Dulla (Trinidad), or Coloured (South Africa) we have various and distinct communities of color around the world. It's only in the America that a Halle Berry or Barack Obama are considered 100% Black.

So, for a Haitian, the idea that they belong to the community of Black Americans just doesn't connect as easily. But the distinction is not unqiue to the Haitian community. Nigerians come here and stick to their own, as do Trinis, Jamaicans, Ghanaians, etc. Dominicans don't think their Black either. The problem is greater than the issues between you and your sister-in-law or Haitians and Americans.

I spent several years working at US Embassies around Africa. I remember a Malian man pulling me aside in the US Embassy lobby. He pointed to the picture of President Bush, Vice-President Cheney and Secretary of State Colin Powell and asked, "How can they say Powell is Black? He is the same color as the other two!"

So, instead of trying to project your personal sense of culture identity on others, I would encourage you to take a moment, recognize and understand that people's identifies are rooted in their unique histories. The Black American experience cannot simply be projected onto every person of color around the world. When you do that, you only show the world how blindly you've adopted yourself to the same American SUPERIORITY complexes that kept so many people who look like you and me (and darker) oppressed for the greater part of the 17th, 18th & 19th centuries.

Besides, whatever anyone’s issues are with other cultures/races (or themselves) this should never get in the way of the human heart and help when someone is in need.