Should We Give Chris Brown Another Chance? 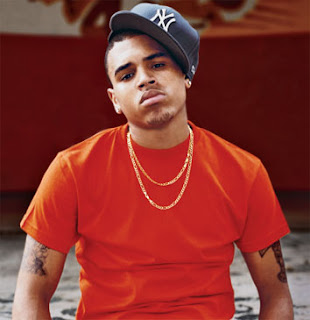 According to this article on Yahoo, Chris Brown is pleading with fans to "Bring him back." He's a changed person yall (from a year ago) and he's even reading to children in Harlem so he tweeted. I think someone needs to read to Chris Brown. Maybe this an opportunity for Chris to go to college and get an education because clearly he couldn't handle being a successful music artist. In the words of Cincinnati football player Ochocinco made popular, Chile please. Chris, we have better things to worry about then enabling your abusive ass to have a hit record. Somebody get this young man an application. Chile please

Sad news is in abundance this week, starting with the former prince of pop Chris Brown. Brown, who has been vying for a way to revitalize his career following his 2009 assault on ex-girlfriend Rihanna, has resorted to desperate measures to stage his comeback.

The 20-year-old singer-dancer, who plead guilty to felony assault and is on probation for five years, recorded an audio message Wednesday on Say Now asking his fans to "bring [him] back." A humbled Brown said he needs his fans' help. "Some radio stations aren't playing my records," he said. "They're not being that supportive and I wouldn't expect them to. But it's on the fans...It's in your power to bring me back."

"It won't be possible for me to be an artist if I don't have support from people who give me an artist outlet," Brown said. "I can't be an underground mixtape artist."

Brown sounds stressed out. After releasing two previously successful albums, it has got to be tough experiencing such a decline in support for his current album, Graffiti.

His 2005 self-titled debut is double platinum. His 2007 follow-up, Exclusive, is platinum. Both albums yielded a slew of gold, platinum, and double platinum singles. Brown's post-altercation Graffiti still has not achieved gold status for album or single. Neither album nor singles, "I Can Transform Ya" or "Crawl," are on the pop charts. Though Graffiti is No. 34 on Billboard's R&B/Hip-Hop Albums chart.


I know it's been a year since the incident, he has accepted his sentence, and was previously praised by the judge for following through with his community service, but he needs to relax. It is going to take some time for him to repair his reputation. He needs to be patient. He just re-emerged on Twitter at @ChrisBrown and is keeping it positive so far. He Tweeted about reading to 3rd grade students at a school in Harlem. This feels like a better plan. Releasing a new album just eight months after the altercation was just too soon.

click here for How the Urban Chameleon Came to