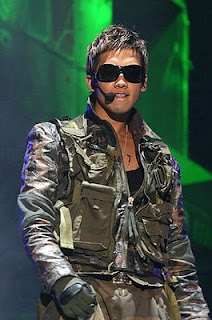 I know it's been weighing heavily on your mind and you can't sleep cuz you don't have the answer: "Gee golly, does Korea have its very own version of Usher? I wonder..." Well, your sleepless nights are over cuz I've come with answers, my friends. Read on...