The Misperceptions About Africa: It’s a Continent Not a Country People 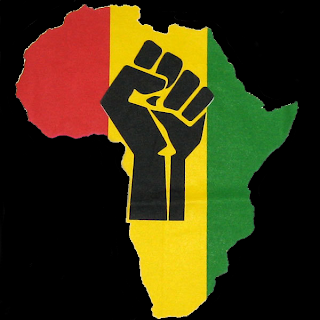 So imagine this. You, in all your “power to the people”, “back to the motherland” “I’m embracing my African roots” glory, decide to take a trip to Ghana for a study abroad program. You are excited to finally leave America, for the first time, and really learn about your roots and your African brothers and sisters and taste true West African soil. You tell everyone who will listen how excited you are to be leaving the over commercialized country that is the United States of America and return to the motherland where all is pure and natural. You get rid of all your designer clothes, because they really don’t care about labels over there. You cut off your perm (yes, your long ass hair that you’ve been growing since you were twelve) because they are not weak enough to succumb to the temptation of “creamy crack” back in the motherland. Cell phone, gone. Designer purses, don’t need them. Those cute nine-west boots, bye bye. You wave goodbye to America one last time from you seat on the plane. Then, you sit back, relax and prepare yourself for your 14 hour flight to Ghana.

Fourteen hours later, you get off the plane and walk onto the tarmac at Kotoka International Airport. You are dying to kiss the ground. You are so happy to finally be there. And then you walk into the airport and WHAAM..wait…what…was that...no…no…no did some girl speaking in Akan just walk by in a perfect Beyonce weave with apple-bottom jeans and boots with the fur. There goes another one rocking a cute Rihanna-like bob and skinny designer jeans tucked into a pair of mid-calf Ugs…yes Ugs. As you pass person after person, rocking the latest in what you consider “American fashion” and not a one has a fro or is wrapped in Kente cloth, you are getting angrier and angrier because you gave up all your stuff for NOTHING.

So the above is a true story. I laugh as I write it. The same way I laughed my butt off when my classmate came back from Ghana genuinely upset about the lack of “African-ness” in Ghana and how she couldn’t believe she cut her hair and gave up all her stuff for that. I probably shouldn’t have laughed. In fact, I probably should have clued her in before her trip that the Dolce & Gabana purse I had that she admired so much was a gift from my mom purchased in a mall in Abuja, Nigeria. I should have probably mentioned that half the hip hop, R&B, Pop CDs I owned at the time were purchased while I was home in West Africa for the holidays. But far be it for me to burst her bubble.

A different person might have been offended or put off by my classmate’s misperceptions of Africans but I guess having grown up the way I did I was just used to it. I was used to having to explain to people that Africa is a continent not a country, that I don’t speak “African” because that language doesn’t exist, that I didn’t grow up in a mud hut but actually lived in a nice house with running water and real functioning toilets (imagine that!). And don’t get it twisted, these misperceptions (which is my nice way of avoiding saying ignorance) are not unique to African Americans. I encountered the same issues in England, France…pretty much wherever I went.

Interestingly enough, being a Nigerian raised both in the U.S. and in West Africa, I noticed the opposite was true as well. Some Africans had equally misguided perceptions about African Americans. To them, anyone or anything that came from the States was “better”, “amazing”, “the best”. I remember, I came home to West Africa from school in England one summer and there was a new guy in town. He was all my friends could talk about. He’d moved there from Washington DC and had all the latest clothes, and hip hop CDs and drove a Nissan SUV. For the longest time I didn’t even know his real name because everyone simply referred to him as Da Rula (as in The Ruler, The King, The Bomb). Seriously people? Da Rula? All because he came from the States, had flashy stuff and some swag? Never mind that you could probably find the same CDs, jeans, etc….here at a local market for a third of the price (ok fine maybe not the street-side local market but you could find it somewhere – like at the mall). Never mind that your parents all had BMW’s or Mercedes compared to his Nissan (not to knock Nissan because I drive a Murano now and love it). None of that mattered because he was Da Rula so everything he had was just better just because he was from the United States. The irony of our disconnect.