Daughter of supermodel, Iman, talks about her weight issues in Glamour Health and Fitness 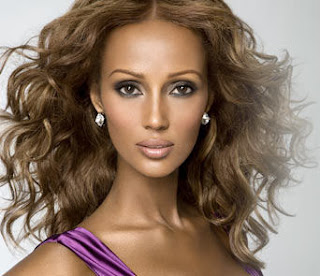 In this article of Glamour Health and Fitness, Zulekha Haywood, daughter of supermodel Iman, talks about being 330 pounds and getting gastric bypass surgery. The irony is that being smaller has bigger problems…

"It’s hard to explain how it feels to lose so much weight so fast. I tell my friends that it’s like becoming famous overnight—suddenly all eyes are on you. But there’s more to it than that. The difference between Stacked Zu and Slender Zu is like being a fluffy Angora cat and then suddenly being shaved. Being naked feels really naked now. I’m slender, but there are lots of folds and limpness where the voluptuousness used to be. No amount of clever lighting and push-up bras can disguise the fact that my breasts fall to my abdomen when I take off my bra, and men want to know why. The old me was unabashedly voluptuous and sexy, no explanations necessary."

Imagine You Are the Daughter of a Supermodel.

Now imagine you weigh 330 pounds. That was real life for Zulekha Haywood, and this is how, somewhere between size 26 and size 6, she found body happiness. 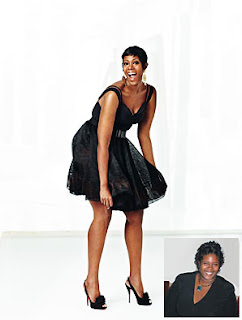 I awoke the morning of my twenty-eighth birthday determined to make it my most fabulous year yet. Tonight, I thought, I’m painting the town red in that slinky cap-sleeve number that shows off my décolletage.

I opened a birthday card from my ex-boyfriend Eric,* who had remained a close friend. Inside was a top-five list of why I was the most wonderful woman he knows. Number three: “Because you always let me shower first—in case the hot water’s tricky.” When Eric used to spend the night, I’d tell him to shower while I made the bed and put on coffee. “The hot water’s tricky sometimes,” I’d assure him, flashing him a smile.

But the plumbing in my building was fine. The truth: At 330 pounds, I had developed heel spurs and swollen knees that made it excruciatingly painful to stand up after lying down for eight hours, so getting out of bed was always an orchestrated event. I’d send any man who slept over off to shower, and once the coast was clear, I’d swing my legs out and put my feet on the ground gingerly, allowing the blood to return to my feet and legs. After a minute, I could stand. After another minute, I was comfortable enough to start walking.

Reading Eric’s card was a powerful reminder that, while I’d done my very best to love my super-plus-size body, I couldn’t keep lying to myself or anyone else. The physical pain I’d endured in my twenties could not continue into my thirties. I had to lose weight.

But how? I have more or less been on a diet since I was eight years old. None of them worked. An overweight kid and already dining for sport, my first was the “Basta” diet. At home, my mother, Iman, a beauty icon and devotee of clean eating, would whisper basta (“enough” in Italian) when I was in danger of overeating. The choice was always mine, and I usually put down the fork. But I also got hip to late-night snacking, raiding the refrigerator and cupboards after midnight. At school I routinely traded lunches, and when I was old enough to buy my own, I would pass over apples for Hostess Apple Pies. We always had plenty of nutritious snacks at home, but there was nothing more satisfying than savoring a secret Twinkie that I exchanged homework answers for. In the end, all I learned from basta was how to make PB&J in the dark.

“Eat Like a Pig, Run Like a Horse” was my second diet—this one courtesy of my father, NBA legend Spencer Haywood, who might eat his weight in turkey bacon, then burn it off by spending more hours on the court than he did sleeping. Convinced I just needed a sport that I loved, my Olympic-gold-medal-winning father tried to groom me as a power forward. When it was clear that I had no natural aptitude for the game, we tried tennis camp. I actually enjoyed tennis and didn’t mind practicing four hours a day every day. (Not to mention all those cute boys in tennis whites!) It was so hot and sticky that summer I subsisted on cold watermelon and lemon ices. I dropped 30 pounds and returned to school in skintight Guess jeans, thrilled by the squeals and high fives my girlfriends gave me. I gained the weight back by Christmas, plus another 20 pounds. Turns out I had to keep exercising four hours a day or seriously watch what I was eating to sustain the weight loss. My father blamed my lack of discipline; I blamed the Dairy Queen. We were both right.

Click here for: How the Urban Chameleon Came to