Imagine if the Tea Party Was Black by Tim Wise

Let’s play a game, shall we? The name of the game is called “Imagine.” The way it’s played is simple: we’ll envision recent happenings in the news, but then change them up a bit. Instead of envisioning white people as the main actors in the scenes we’ll conjure - the ones who are driving the action - we’ll envision black folks or other people of color instead. The object of the game is to imagine the public reaction to the events or incidents, if the main actors were of color, rather than white. Whoever gains the most insight into the workings of race in America, at the end of the game, wins.

Imagine that hundreds of black protesters were to descend upon Washington DC and Northern Virginia, just a few miles from the Capitol and White House, armed with AK-47s, assorted handguns, and ammunition. And imagine that some of these protesters —the black protesters — spoke of the need for political revolution, and possibly even armed conflict in the event that laws they didn’t like were enforced by the government? Would these protester — these black protesters with guns — be seen as brave defenders of the Second Amendment, or would they be viewed by most whites as a danger to the republic? What if they were Arab-Americans? Because, after all, that’s what happened recently when white gun enthusiasts descended upon the nation’s capital, arms in hand, and verbally announced their readiness to make war on the country’s political leaders if the need arose.

Imagine that white members of Congress, while walking to work, were surrounded by thousands of angry black people, one of whom proceeded to spit on one of those congressmen for not voting the way the black demonstrators desired. Would the protesters be seen as merely patriotic Americans voicing their opinions, or as an angry, potentially violent, and even insurrectionary mob? After all, this is what white Tea Party protesters did recently in Washington.

Imagine that a rap artist were to say, in reference to a white president: “He’s a piece of shit and I told him to suck on my machine gun.” Because that’s what rocker Ted Nugent said recently about President Obama.

Imagine that a prominent mainstream black political commentator had long employed an overt bigot as Executive Director of his organization, and that this bigot regularly participated in black separatist conferences, and once assaulted a white person while calling them by a racial slur. When that prominent black commentator and his sister — who also works for the organization — defended the bigot as a good guy who was misunderstood and “going through a tough time in his life” would anyone accept their excuse-making? Would that commentator still have a place on a mainstream network? Because that’s what happened in the real world, when Pat Buchanan employed as Executive Director of his group, America’s Cause, a blatant racist who did all these things, or at least their white equivalents: attending white separatist conferences and attacking a black woman while calling her the n-word.

Imagine that a black radio host were to suggest that the only way to get promoted in the administration of a white president is by “hating black people,” or that a prominent white person had only endorsed a white presidential candidate as an act of racial bonding, or blamed a white president for a fight on a school bus in which a black kid was jumped by two white kids, or said that he wouldn’t want to kill all conservatives, but rather, would like to leave just enough—“living fossils” as he called them—“so we will never forget what these people stood for.” After all, these are things that Rush Limbaugh has said, about Barack Obama’s administration, Colin Powell’s endorsement of Barack Obama, a fight on a school bus in Belleville, Illinois in which two black kids beat up a white kid, and about liberals, generally.

Imagine that a black pastor, formerly a member of the U.S. military, were to declare, as part of his opposition to a white president’s policies, that he was ready to “suit up, get my gun, go to Washington, and do what they trained me to do.” This is, after all, what Pastor Stan Craig said recently at a Tea Party rally in Greenville, South Carolina.

Imagine a black radio talk show host gleefully predicting a revolution by people of color if the government continues to be dominated by the rich white men who have been “destroying” the country, or if said radio personality were to call Christians or Jews non-humans, or say that when it came to conservatives, the best solution would be to “hang ‘em high.” And what would happen to any congressional representative who praised that commentator for “speaking common sense” and likened his hate talk to “American values?” After all, those are among the things said by radio host and best-selling author Michael Savage, predicting white revolution in the face of multiculturalism, or said by Savage about Muslims and liberals, respectively. And it was Congressman Culbertson, from Texas, who praised Savage in that way, despite his hateful rhetoric.

Imagine a black political commentator suggesting that the only thing the guy who flew his plane into the Austin, Texas IRS building did wrong was not blowing up Fox News instead. This is, after all, what Anne Coulter said about Tim McVeigh, when she noted that his only mistake was not blowing up the New York Times.

Imagine that a popular black liberal website posted comments about the daughter of a white president, calling her “typical redneck trash,” or a “whore” whose mother entertains her by “making monkey sounds.” After all that’s comparable to what conservatives posted about Malia Obama on freerepublic.com last year, when they referred to her as “ghetto trash.”

Imagine that black protesters at a large political rally were walking around with signs calling for the lynching of their congressional enemies. Because that’s what white conservatives did last year, in reference to Democratic party leaders in Congress.

In other words, imagine that even one-third of the anger and vitriol currently being hurled at President Obama, by folks who are almost exclusively white, were being aimed, instead, at a white president, by people of color. How many whites viewing the anger, the hatred, the contempt for that white president would then wax eloquent about free speech, and the glories of democracy? And how many would be calling for further crackdowns on thuggish behavior, and investigations into the radical agendas of those same people of color?

To ask any of these questions is to answer them. Protest is only seen as fundamentally American when those who have long had the luxury of seeing themselves as prototypically American engage in it. When the dangerous and dark “other” does so, however, it isn’t viewed as normal or natural, let alone patriotic. Which is why Rush Limbaugh could say, this past week, that the Tea Parties are the first time since the Civil War that ordinary, common Americans stood up for their rights: a statement that erases the normalcy and “American-ness” of blacks in the civil rights struggle, not to mention women in the fight for suffrage and equality, working people in the fight for better working conditions, and LGBT folks as they struggle to be treated as full and equal human beings.

And this, my friends, is what white privilege is all about. The ability to threaten others, to engage in violent and incendiary rhetoric without consequence, to be viewed as patriotic and normal no matter what you do, and never to be feared and despised as people of color would be, if they tried to get away with half the shit we do, on a daily basis. 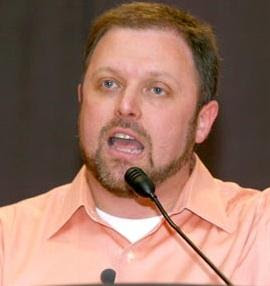 Tim Wise is among the most prominent anti-racist writers and activists in the U.S. Wise has spoken in 48 states, on over 400 college campuses, and to community groups around the nation. Wise has provided anti-racism training to teachers nationwide, and has trained physicians and medical industry professionals on how to combat racial inequities in health care. His latest book is called Between Barack and a Hard Place.

click here for: How the Urban Chameleon came to be