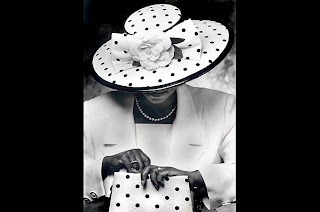 Every Black girl needs a white girlfriend. This past Saturday my three Black girlfriends and my white girlfriend had dinner. We’ve all known each other since college and make it a monthly routine to take a break from our crazy hectic lives and check in with each other. After a couple of drinks our white girlfriend demanded to know why none of us had rsvp’d to her passion party. My loud Black girlfriend asked, “What the hell is a passion party?” And the rest of us waited for her to answer curious to know as well. Our white girlfriend seemed floored that none of seemed to know and explained that it’s a party that she will be hosting where a sex specialist comes in to show us an array of sex toys to purchase. She went down the list of objects she had recently added to her repertoire to sensationalize her nipples and clitoris including remote control underwear (which I took a personal interest in) and some edible goodies that weren’t just underwear to name a few. She finished off by saying,

“You Black girls really need to bring your vagina’s up to date. Do I have to teach you everything?”

I kinda felt like she did. For whatever reason I’ve always noticed that Black girls seem to sexually blossom much later than white girls. I can remember being a teenager in high school and beginning to mess around with boys but always having it in the back of my head… that I don’t give head. It was like an unspoken moral code amongst the respectable Black girl alliance. We all use to sit around and talk about how gross it was. Meanwhile, white girls considered this to be first base.

The latter part of high school I became steady with this guy and finally decided to commit to my first experience after months of hesitation. I remember not telling my best friend at the time for damn near a year horrified that she would think of me as a ho! Turns out she was keeping the same secret from me! So then why the level of deepness around the topic?

Even today, I find it interesting that across the board white girls get away with being more sexually free and promiscuous than Black girls without being divided into “respectable” and “unrespectable” groups.

In fact another difference I noticed between white girls and Black girls are that white girls get their dating ON. They are seeing Jimmy on Thursday, Johnny on Friday and Joseph on Saturday and all three might even get a piece and even be related. Most Black women I know not only see one guy at a time but that one guy needs to be attending church and be subjected to an AIDS test before getting to even sniff the coochie. I mean rightfully so AIDS is no joke and an issue in our community but I'm saying though?

What do yall think?


PLEASE NOMINATE US FOR ALL FOUR CATEGORIES!!!