Urban Chameleons and Their Dogs

Black Urban Chameleon’s and their dogs are no joke. Like most pet owners they have a powerful bond with their doggies but don’t play when it comes to cleanliness. I know my mom would wipe her own dog down with alcohol wipes before letting her back into the house. My white friends not so much, they will have a full out game of touch football in the mud with their doggies and then allow them all up in the bed. Uhhhm not Black folks and don’t even get me started on Caribbean’s- most of them don’t even understand how the animal can actually be living inside the house with the people. This was definitely a compromise my Jamaican dad made for my American mom.

I was recently out to dinner with a friend of mine and her husband having a great time catching up on life. The night was coming to an end and they had to excuse them selves to hurry home and wash their puppy, Precious. They had just picked her up from the puppy sitter upon their return from Hawaii. My friend told me she was very concerned about Precious as she was cuddled up by a corner when they went to pick her up and was worried that she had been violated. “Why is she so tired?” She had asked the pup sitter who just shrugged. Still concerned that Precious had been tampered with they were off to give her a bath and re-boost her chi. 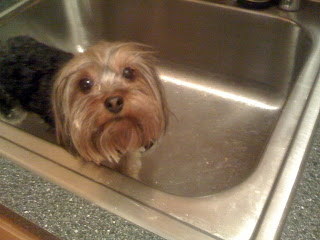 Now, they don’t play when it comes to cleaning their Precious. She ran down the routine they were about to embark on which included soaking Precious down with a lavender scrub then conditioned her with a rose shampoo that was to sits on her for 5 to (probably in this case) 10minutes 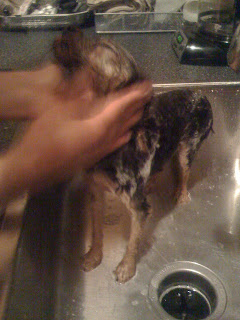 and then combing and blow drying Precious like the Dominican’s at the hair salon. 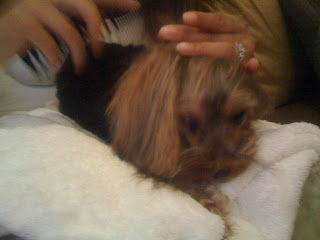 Her feeling was if Precious was going to be back in the house with them she needed to not be funky and get fly. 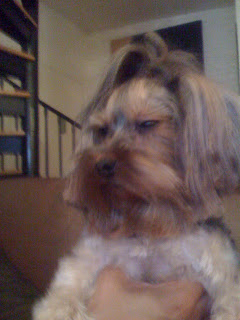 Work it out Ms. Precious! Fierceness