How do Gang Bangers Deal with the Recession?

LOS ANGELES -- After nearly two decades fighting gangs, Los Angeles County Sheriff's Detective Robert Lyons thought he had seen it all. Until he saw members of the Bloods and the Crips -- rival gangs that spent years in brutal conflict -- meeting amiably in a restaurant.

"They were talking. There was hugging and high-fiving. It was unbelievable," Mr. Lyons said. He has heard a refrain from gang members: Red (the Bloods) and blue (the Crips) make green (money). 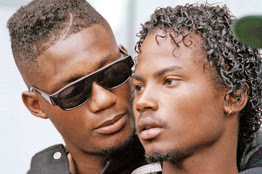 Above, members of the Bloods and the Crips, rival Los Angeles street gangs, during a truce attempted in 1992 after the acquittal of police officers in the beating of Rodney King. Below, Crips members in Los Angeles in 1988. 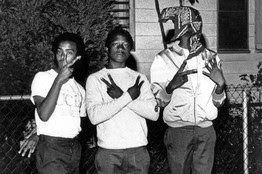 Gangs that were once bloody rivals now are cooperating to wring profits from the sale of illegal drugs and weapons, law-enforcement officials and gang experts say. In some cases, gangs that investigators believed to be sworn enemies share neighborhoods and strike business deals. The collaboration even crosses racial lines, remarkable in a gang world where racial divisions are sharp and clashes are often racially motivated.