Why Chinese People in China Are So Fascinated With Black People 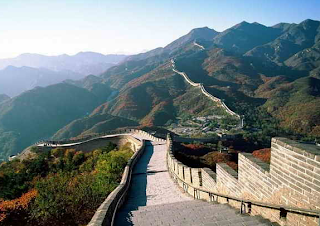 I was recently introduced to a young woman who had just finished touring with a singing group in China and said that everywhere she went people stared at her. When she first landed in the foreign country she was very uncomfortable. One man ran into a pole while staring. She soon learned of their belief that Black people have tails; which is why our butts are so big! Isn't it amazing how ignorance and imagination can be so closely connected?

She described a frightening scene in front of The Great Wall of China where a busload of people got off and charged her. Her first instinct was to mentally prepare to kick some ass. But the crowd surrounded her instead to admire her skin, hair, and even asked if she would hold their babies. The story sounded like an awkward combination of paparazzi and a petting zoo. After accepting the circumstances, the hustler in her decided to start charging 10 yuan per admirer.