Your Eyes Aren’t Slanty Enough to be Asian 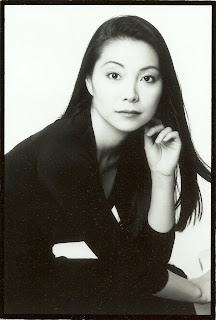 My name is Sarah K. Cho and I admit I’m a twinkie. According to my parents I am full Korean but according to the film and television industry my eyes aren’t slanty enough to play the Asian prostitute, martial artist or tech geek. After years of auditioning and constantly letting casting directors down with my poor Korean accent of “me no speak no English,” I finally earned the non-speaking part of a stripper wearing pasties and a thong on CSI.

“ You just have to do the Halle Berry thing then you can turn down those kind of rolls,” my friends said. I’m in New York now.

What sucks is, if I WERE good at math or science I wouldn’t be stuck trying to break into this god forsaken entertainment industry.

Growing up I fit nowhere. Not the Korean church I was force to attend or the Korean Christian camp (yes they have those). Apparently I did not act “Korean” enough for Koreans.

I guess I am like the bumblebee. According to the greatest minds of science it should not be able to fly. The wings just aren’t big enough. So what does the bumblebee do? Fly anyway. I doubt that it cares what anyone thinks.

NO I’m not related to Margaret Cho but you can say that you met me before I had to resort to the pasties and a thong.

P.S. If you can't tell already this woman on the left is not me of Margaret.

Click here for: How the Urban Chameleon Came to be
Posted by Tickles.Tv at 8:06 AM