Baby Mama Drama vs. The Business of Educating Our Children 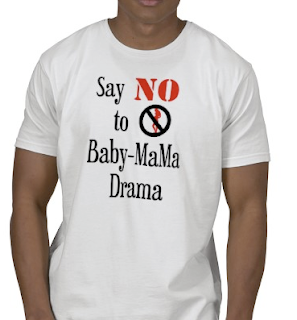 My cousin, who lives in Philadelphia, called my husband and I to get our take on whether or not he should attempt to get his three-year old daughter into a better school.

Now the obvious answer to this question would be: Of course! Especially since Philly’s public school graduation rate is so low.

My cousin recently moved from the ‘hood to the suburbs, and now has the opportunity to send his daughter to a great school; FOR FREE! But apparently, it’s not that simple.

You see, by the time he figured out that the woman he had laid down with during a night of hot and heated passion was drama, a baby was on the way. Thus, another classic case of “Baby mama drama” was also born.

Now baby mama, who has custody of their daughter, tries to make my cousin’s life as difficult as possible. Calls the crib all times of the night, comes by unannounced, threatens his current girlfriend, creates difficult arrangements for him to see his daughter, etc., etc., etc. To make matters worse, baby mama cannot read and write. I don’t know what’s worse – dealing with an educated fool or an ignorant one. When I asked why not get custody of his daughter he informed me that the court won’t separate a child from their mother unless you can prove that there is something “wrong” in the household like drug or physical abuse. What about ignorance abuse?

My cousin is concerned that his daughter will end up like her mother if he doesn’t at least put her in the better school. The new school is two hours a way from baby’s mama who wants the daughter home with her every night. Oh, and did I mention that she doesn’t drive? So my cousin would have to drive two hours in the morning to pick his daughter up and two hours in the afternoon to bring her back, which his work schedule doesn’t allow.

Baby mama has another daughter, by a different father, who is seven and doesn’t know her multiplication table. My cousin described the time he tried to teach her and the mother shouted for them to stop. Lawd chil’ this was like a scene right out of Precious. The idea of a parent not wanting the best for their child is bewildering to me. It’s a deadly mix of low self-esteem and ego, which can keep us from recognizing the bigger picture.

Regardless of the school, your child’s education starts at home. So what do you do?