Daddy's, Keep Your Daughters Off the Pole 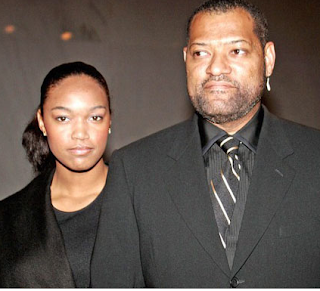 So what happened with Montana “Chippy D” Fishburne?

As a 52yr old father of a 19-year old daughter, the same age as Chippy D, my “dad hat” made me over analyze what went wrong here.

What’s been revealed is that Daddy was scarce in Chippy D’s life before she moved in with him, and afterwards, we can guess that it was too much of an adjustment to attend to the new-in-his-daily-world needs and interests of his daughter. This had to be squeezed in somehow (or not) between shooting sequels and Hollywood power lunches. Somewhere during the making of the Matrix, young Chippy discovered getting jiggy, getting on camera, and ultimately getting noticed by everyone else including dad; even if for an Andy Warhol 15 minutes.

Her choice of screen names is a clue about their father-daughter dynamic…and I suspect it went south long before her co-star did. Dad to dad, take notes, Lawrence. I feel your pain, but here’s a tip: Montana’s pain didn’t start when she took off her clothes on camera.

I was divorced from my 19-year-old daughter’s mother many years ago in “War of the Roses” fashion and have been a long-distance dad since she was 5, present no matter the distance. Daughter is today a freshman at Columbia University a poised, well-adjusted, engaging, thoughtful, contributing soul in the world. Her mother and I were a mistake from day one but her birth was a treasured gift and her development a sacred, ancient responsibility that I will always continue to honor.