What would happen if Chris Rock, Wanda Sykes and Dave Chappelle didn't put our business out in the streets? 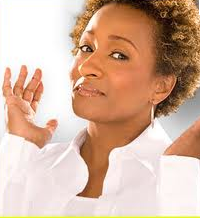 My mom once told me a story about a Black woman she knew years ago whose first encounter with white people was in college at NYU. She had only seen white people on TV.

The woman’s college roommate was white and she swore never to let this woman see the process of a Black girl’s hair. She would wake up early just to get into the bathroom before anyone else was awake to do her thang and then stay up late to repeat her routine. What was she afraid of?

Last week in my playwriting class a student performed a monologue about “Ashy Elbows.” Before the performance could begin, our fifty something year old white teacher first had to ask, “What is ash?” Ironically, the Black man performing the monologue had ashy elbows and was able to provide the teacher with a visual reference.

I shared this exchange with a couple of friends and they were shocked to learn there were people in this world that didn’t know what “ash” was. My Jewish friend from college said it never dawned on her to use moisturizer until she saw us, Black girls, bathing ourselves with it in the morning. She now incorporates moisturizer into her daily routine because, as she says, it makes her skin feel so much better. But had we not shared our process of getting ready in the morning she might still be denied this luxury.

I think back to Dave Chappelle and how the cultural over-share started to slip into dangerous territory; as I heard he mentioned something about that it began to feel like white people where laughing at us.

The Black community was pissed with Chris Rock for puttin' our bid'ness out in da streets with his film, Good Hair.

Wanda Sikes has a funny standup routine about Black People being PARANOID of what white people think about them. My question is: Why do we still care?