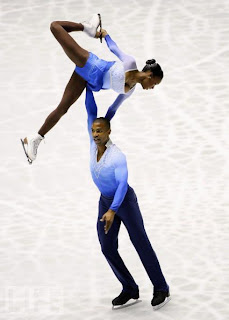 VANCOUVER â€” French pairs skaters Yannick Bonheur and Vanessa James are set to create history on Sunday when they become the first black couple to compete in figure skating at the Olympic Games.
Getting to Vancouver has been a long journey for the duo who teamed up just over two years ago after Bonheur put an advert on the internet after splitting with previous partner Marylin Pla.

Canadian-born James' aunt saw it and convinced her niece,
who has lived in England since she was a child, to reply.
James, 22, arrived in France for a trial run and never left with the duo teaming up in December 2007.
"It's destiny and I'm very happy about it," said 27-year-old Bonheur.

"There's the grace and beauty of Vanessa and then my athleticism. And the fact that we're both black brings a pleasing visual harmony." 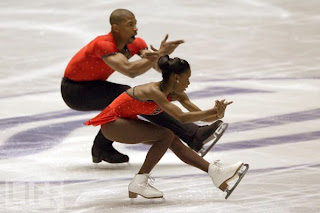 James previously competed internationally for Britain as a single's skater. She was the 2006 British national champion and 2007 silver medallist.
The pair moved to Indianapolis in the United States in August 2009 to train with Russian coach Sergei Zaitsev.
And last December they booked their ticket to Vancouver by winning the French nationals, a victory which enabled James to receive French citizenship. 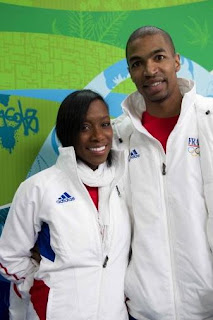 Bonheur said they were determined that their Olympic experience will lay the groundwork for future successes, after they finished seventh at Europeans.
"This is just
the beginning. We want to make a name for ourselves so that they'll remember us for next season," he said.

Being tagged the first black pairs skaters is not a disadvantage, they insist.
"It's often been remarked that we look different on the ice. So we want to highlight that," said Bonheur.

"We want to climb the ladder to show that black skaters can stand on the podium."

Didier Gailhaguet, president of the French skating federation, added: "They have a really exceptional look about them."
click here for: How the Urban Chameleon Came to be
Posted by Tickles.Tv at 9:38 AM