Are Black Women Too Lazy to Find True Love? 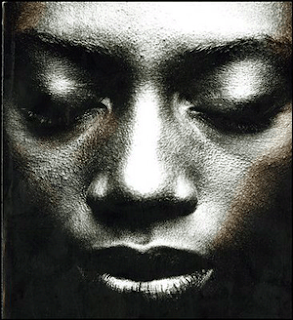 The question could be asked of women from all races but I’ve chosen to specifically focus on a group that continues to be questioned about their potential to find true love: Black women.

The other day I caught the CNN interview with Helene Andrews, the author of Bitch is the New Black, discussing being young, Black, successful and single. I thought to myself: Oh lawd, they done brought our issues into the lime light. But then again I always complain about major media not covering the spectrum of our issues so I checked myself for complaining out of habit and tuned into the program.

Although it was an obvious plug for us to purchase Helene’s book (and why shouldn’t we) I was intrigued by this 29yr old author’s rant about life and love and what made the interview even more interesting was her mother, who was also on the show, talked about being a lesbian. Talk about some topics of discussion you don’t hear about every day through a major news source. I started thinking more about why there continues to be so much focus on Black women’s capability to find love.

At the Harvard Black Alumni BBQ in prospect park a couple of weeks ago, I got into a discussion with a group of Black women about not being able to find “a good Black man.” One woman noticed the ring on my finger and asked if I was married to which I replied, “Yes for 5 years but we’ve know each other for 11years, we met in college.”

Everyone’s interest was peaked and wanted to know how I had “locked him down.” I told them that it was actually his idea. We had gone away on a trip one New Years and when talking about our resolutions for the up coming year he said that he wanted to get married. I was cool either way, I had grown up with two parents who never traditionally tied the knot so I naturally inherited the philosophy that if he liked it, he didn’t necessarily need to put a ring on it. But later that year he sho ‘nough proposed.

The women all ooh’d and ahh’d and then one asked if he had a clone or at least a brother she could be introduced to. Another one stated that they just don’t make men like that any more, as if I had taken the last prize out of the cereal box. Hold up I had to tell them, this 11yr relationship hasn’t just been a walk in the park ladies. This is not Morris Chestnut rolling up in a chariot with a bouquet of red roses. This 11yr relationship consisted of 5 break ups in our first year, moving across the country to be together, several door slams, silent treatments, girlfriend therapy, two reads of the book Men are from Mars, Women are from Venus sent by my mother for relationship counseling, and to this day STILL having to work on communication. Not to mention when I first met my husband he thought fine dining met going to Red Lobster or as he calls it Red Lizzy’s. Now, I have to manage how many times my husband tries to order Osso Buco per month to keep from putting us into debt.

My husband once said to me that women have to change men. Look at what Victoria Beckham did for David. That man is now an international sex symbol as a result of his wife’s make over. I can’t even front I’ve been guilty of dissin’ a guy for wearing Karl Kani or something not from this time period. Maybe Mr. right is dressed all wrong, but so many women would never know. One of the women said she felt me but what if after putting in all that work the man still doesn’t commit. Then some other woman gets to enjoy the fruits of her labor? Now in all fairness I met my husband before things like marriage and biological clocks ticking was ever a thought. After mulling that question over, I answered: Yeah, but what if another woman put in that same work for you?