Validated by a Degree 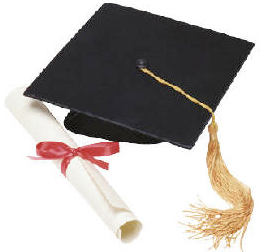 A few months back I attended a brunch that a friend of mine was having at her home in Brooklyn. Endless mimosas, salmon cakes, scallops, waffles, sweet potato fries, grits, collard greens and some kind of artichoke pesto situation- damn it was lovely.
People eventually got to talking about what they do for a living versus what they went to school for. It’s very common that people end up doing something completely different from what they studied in school but this one Black woman described how her white male boss when interviewing her for the current real estate position she holds, inquired why she had gone to Harvard Business school since none of the things she described that interest her required such a prestigious degree. She looked him straight in the eye and replied, “So that you could see me as an equal.”
That sat with me as I find that this is the case for a lot of people of color who attend prestigious schools, specifically those whose families are from countries outside the US.
Just yesterday I was catching up with an older white male colleague/ friend of mine who was telling me about his son, a sophomore in college barely passing with D’s and I thought to my self, “WHAT!” There is no way I could have ever gotten away with that let alone feel comfortable enough to be telling anyone! My Chinese friend told me that her parents used to put her and her brother's report cards on the fridge for public exposure. But that’s the difference. As far as we know my white colleague's son is still on track of becoming the next President of the United States.
Have your Urban Chameleon story featured by e-mailing tickle.tv@gmail.com

Click here for: How the Urban Chameleon Came to be
Posted by Tickles.Tv at 10:00 AM