Are the skills we learn in the white world transferable to ours? 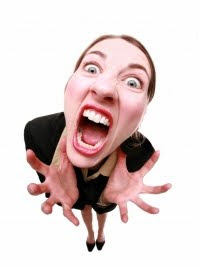 This guy I’d been seeing for a couple of months and I decided to take a trip down Miami last October. The idea was to escape the frigid NY air but ended up not getting much better in Miami as it was freaking COLD! Not quite NY cold, and we damn sure dipped out right before that blizzard, but I was still expecting to at least be rocking a sarong and some sandals instead of my guy friend’s sweat shirt and jeans – not cute. You know it’s cold when the white people who are at the pool are covered up. Regardless of what the temperature is they are usually on some Tim Gunn tip and “ Make it work!”

For a minute I thought about playing with the stereotype and putting on some suntan lotion, diving into the pool and pretending not to be the least bit phased by the Alaskan vibe but that idea ended at the thought. Instead, my guy friend and I ordered hot chocolate spiked with rum…oh, and food. Thinking that liquor would at least begin to turn this trip around it only went downhill from there. The hot chocolate was not hot enough, my filet mignon was over cooked, his bacon was burnt instead of crisp, the mint garnish in my risotto was wilted, the silver wear had spots on it, there were lemons seeds in my green salad, we asked for water no ice, which took an unnecessary 10 minutes and the cheesecake we ordered for dessert was made with pie crust rather than graham cracker.

To make things worse, when it was time to depart, I checked us in online only to discover that our flight was canceled. What if we had driven all the way to the airport? Some kind of notice would have been nice for goodness sakes. We were frequent flyer members!

At the airport my grandmother called to see how I was doing and when I told her about my trip and what we had been through she asked what kind of world I thought I was living in thinking I had these kinds of entitlements.

The question caught me off guard, for after all of my schooling and training with white people over the years, which my family was responsible for, I had only adapted to what I learned in that world. However are the skills we learn in the white world transferable to ours?