Is “Tipping” for Service a Cultural Thing?

A friend of mine always says that he doesn’t understand why poverty exists. “If all the billionaires in the world got together and gave back we wouldn’t have poverty.”

But there may be a more fundamental problem to attack first...tipping. Some see this as an unjustified donation. In fact, another friend (a Black woman), told me she can’t stand to see a tip jar by the cash register, especially at a coffee house. “Why am I tipping you on $1.25 coffee, that’s like putting your hand out and begging.”

Meanwhile, a different friend (a Black man) over tips for everything, as if he’s personally trying to correct the actions, or rather lack of actions, of people like her who’ve given the race a bad name. If you’ve worked in the service industry in America, like I have, where tips are not included in the paycheck and the establishment you’re working for has factored this in, therefore paying you minimum wage, there may be justification for much ‘tude to someone who doesn’t tip you. 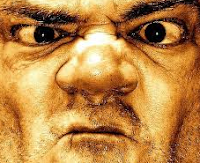 A cab driver in NY once told me that I should tip at least 20% when paying with a credit card. I wasn’t sure how I felt about someone telling me how I should spend my money on them, but in a city that makes you fend for your own one may be forced to speak up if they want to eat.

The stigma of Black folks not tipping has caused a cultural split, which ironically is reflected by my two friends; One side under tips or doesn't tip at all and the other over tips to overcompensate for the ones that don’t.

The friend who came up with the solution to end poverty, (who also happens to be Black), shared an article with me where Warren Buffet and Bill Gates were attempting to do exactly what he had suggested, gather all the billionaires around the world to tackle global poverty. However, one of the biggest challenges is first getting billionaires from around the world to understand the significance of “giving back,” a concept that does not even exist in some of their cultures.

It made me think about whether or not there might be a mental or emotional block in Black culture around tipping. Ya know there were all those years where we did work for free. Like anything else, some folks may just be moving at a slower pace to wrap their heads and hearts around this thing called tipping.